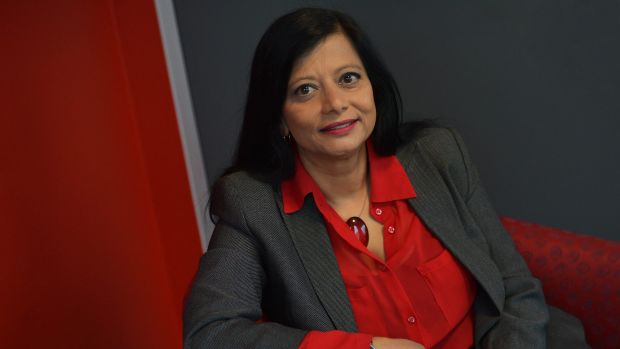 Professor Jayashri Kulkarni of the Monash Alfred Psychiatric Research Centre is leading research into the effect of anti-psychotic drugs on mums and newborns. Photo: Joe Armao

As Samantha* cradled her newborn in the first days of his life, she began to sense her mental health deteriorating.

Within two days, she was experiencing familiar manic symptoms such as racing and confused thoughts. Samantha, a public servant from Melbourne’s north, was transferred to a mother and baby unit where she remained for more than three weeks until she stabilised enough to take her baby son home. It took a couple of months to fully recover from the postnatal episode.

In consultation with her mental health clinicians, Samantha had stopped taking her anti-psychotic medication quetiapine prior to her son’s birth because of concerns about its safety in breast milk. “If I had my time again, I don’t think I would come off the medication. Knowing what I went through after the birth, I would just stay on it,” Samantha, 31, said.

A Melbourne psychiatrist and researcher said clinical research into safe use of anti-psychotic medication during pregnancy is extremely sparse. “What we actually want is clinical practice guidelines based on evidence … At the moment, everyone is just crossing their fingers and hoping for the best,” said Jayashri Kulkarni, from the Monash Alfred Psychiatric Research Centre.

In 2005, Professor Kulkarni and her colleagues established a world-first database, known as the National Register of Antipsychotic Medication in Pregnancy. The project tracks the impacts of taking anti-psychotic medication on pregnant women, their foetus and the newborn baby up to 12 months of age.

The gap between prescribing and clinical evidence is enormous. According to Pharmaceutical Benefits Scheme figures, use of quetiapine (the most common anti-psychotic) has increased from 1500 annual filled prescriptions in 2000 to more than 1 million in 2014.

“And nobody in the world has any data about outcomes for babies whose mothers took anti-psychotics during pregnancy,” Professor Kulkarni said.

“Anti-psychotics are prescribed for serious mental disorders such as schizophrenia, bipolar disorder and major depression,” she said. “But they are also now used [at lower doses] to treat anxiety, eating disorders and insomnia.”

Mental illness, to varying degrees, can affect up to 10 per cent of pregnant women. And women with a pre-existing psychiatric condition are more likely to experience a relapse of symptoms during pregnancy. But Professor Kulkarni said antenatal mental health is heavily neglected.

So far the study has tracked 240 women and their babies. Findings included higher rates of gestational diabetes and pregnancy weight gain beyond 15 kilograms in mums. Weight gain is a common side effect of anti-psychotics and the impact of gestational diabetes on maternal and neo-natal health is widespread. Study participants had higher rates of babies admitted to intensive or special care, often for respiratory distress. And there was a pattern of withdrawal symptoms among some newborns, who were jittery, had goose flesh and were colder than usual. “On the plus side, most of our babies were healthy, [with] no limb or organ malformation or serious abnormalities,” Professor Kulkarni said.

The centre needs more pregnant women on anti-psychotic medication to join the study. Contact Heather Gilbert on 03 9076 6591 for more information.