The head of one of the nation’s busiest trauma units has backed police plans in Western Australia to introduce mandatory alcohol and drug tests for crash victims.

He said information gathered through the tests would help authorities make evidence-based assessments on whether the blood alcohol level should be lowered even further for certain age groups.

“That’s the question that some parts of the world are wondering about, particularly for the younger age group,” he said.

“The evidence shows that their rate of being affected [by alcohol] is actually on a steeper curve, they get affected much faster, at a lower level.”

Dr Rao said WA was out of step with other states which already carried out mandatory tests on accident victims.

Mandatory testing currently only occurs in the state’s hospitals if a person has refused a police breath test at a crash scene.

In those circumstances, the patient must give consent for blood to be taken.

“Apart from that, we don’t test patients at all,” he said.

A mandatory testing regime would mean performing 2,000 blood tests for alcohol and drugs across the state.

Dr Rao said while the move to mandatory testing in WA had been delayed because of concerns in the medical profession, the proposed legislation had addressed those issues.

The parliamentary committee is examining the measures used by police to assess the effectiveness of road safety and traffic enforcement.

Among motorcyclists, about 9 per cent of trauma victims were not wearing a helmet.

With cyclists, that rose to between 15 and 25 per cent.

“If you’re under the influence of alcohol or drugs, you’re more likely to avoid having the safety devices on or wearing a seatbelt,” Dr Rao said.

“That also hasn’t changed over time so that’s of concern that whatever we’re doing, may not be having as much of an impact as we’d like.”

Dr Rao said he believed more use could be made of existing data to identify those drivers and riders at risk of trauma.

He told the committee recent research at RPH had shown a correlation between unsafe driving behaviour and accident risk.

“The more speeding fines you have, particularly relating to alcohol, no seatbelt, or using electronic devices in the car, the more likely that person is to end up in the intensive care unit at Royal Perth Hospital,” he said.

“The people that speed today are my patients tomorrow.”

Dr Rao said it may be possible to use that data as a red flag to intervene with an at risk driver before they become a trauma victim.

“So when we get to a point when someone hits a certain number of demerit points … why aren’t we doing something with that person,” he said.

The committee is due to report in November.

A call for medicine to stop devouring its young 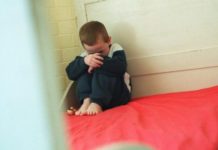