It takes a particular kind of character to become a surgeon, someone gifted with the skills and supreme confidence needed to make an incision, to cut into human flesh and bones to save lives and alleviate pain. In theatre, it requires strong leadership characteristics and the ability to work calmly and swiftly with a skilled team under extraordinary pressures. Even considering these admirable attributes, there are inherent risks in deifying such individuals, in allowing their professional decisions or personal attitudes to go unquestioned.

In an industry dominated by men, some female surgeons and doctors are at last speaking frankly about the sexual harassment, intimidation and demeaning conduct they have endured from senior colleagues. More than a dozen have told Fairfax Media about highly unacceptable and downright gross comments and behaviour by surgeons in the professional environment.

The problem was highlighted by Sydney vascular surgeon Gabrielle McMullin, who has said her advice to trainees is that “if you are approached for sex, probably the safest thing to do in terms of your career is to comply with the request”, and “the worst thing you could possibly do” is complain to the supervising body because of the risk of being ostracised and jeopardising career prospects.

Her comments do shock, and some might interpret them as dangerous. The sentiment might have been expressed in a more nuanced way, but it should not be misconstrued: Dr McMullin is conveying the deep cynicism and despair women in so many professions and workplaces endure. Too often, lip service is paid to anti-harassment policies, victims are not believed, their complaints are belittled, and the disciplinary processes that should follow become unnecessarily difficult or untenable.

Doctors, surgeons and trainees have described a prevailing “culture of silence” around sexual harassment in the medical fraternity. It is buttressed by the power structure that places surgeons at the pinnacle of their profession while acting as teachers and mentors to junior doctors. Guidelines published by the Royal Australasian College of Surgeons in early 2014 declare that “bullying and harassment is endemic in the health sector, between all types of staff at all levels of seniority”.

While hospitals, as employers, have immediate responsibility to eradicate sexual harassment and intimidation from the workplace, the college has what it concedes is a duty to eliminate and prevent it. Its task, as a professional body, is to ensure that all its members abide by the highest ethical standards, including those that apply to workplace culture. The deputy chair of the Women in Surgery group at RACS, Kate Drummond, says there has been only a “smattering” of sexual harassment complaints to the college since the mid-90s and she does not believe it is endemic.

But for doctors and other surgeons to speak of a “culture of silence” indicates something is amiss. Clearly, the existing strategies are not working. The immediate problem is likely to be with hospitals, where surgeons help generate substantial income and are lauded for bringing patients through the door.

Australia’s medical organisations have an unfortunate history of seeking to sweep complaints away rather than deal with them openly and on their merits. Dr McMullin should be congratulated, not condemned, for highlighting the abuse and discrimination that causes dark torment among junior doctors.

The medical fraternity – indeed, all professions – needs to instil and reinforce the message that, irrespective of sex, race or religion, every person deserves to be treated with respect. Unless those who have been subjected to harassment feel they will be taken seriously and that action will be taken on their complaints, perpetrators will flout their power and demonise others. 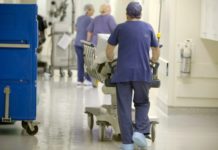