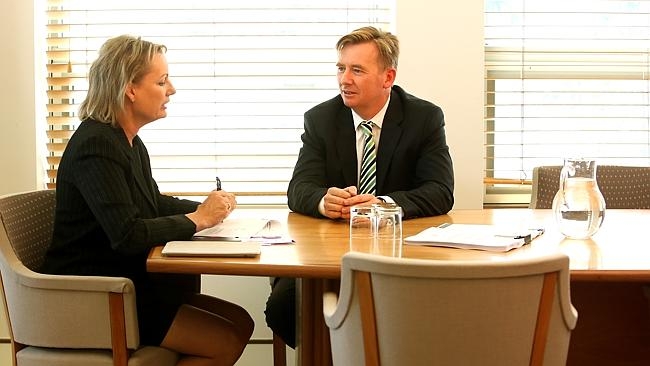 THE government has dumped its unpopular $5 GP fee, but is now considering a new way to introduce an upfront charge to see a doctor via a direct billing system.

News Corp Australia understands the government is now considering a direct billing system that would change Medicare’s rules to allow doctors to introduce their own GP copayment.

It would be voluntary and doctors could decide how much they would charge. Such a charge would boost doctors incomes and while it wouldn’t save the government money it would have the support of the Australian Medical Association.

“Direct billing is something doctors across the country have consistently raised with me during my consultations, and we’ll obviously consider any realistic proposal that reduces upfront costs for patients and cuts red tape for GPs,” Ms Ley told News Corp Australia.

“However, I’m working with health professionals and patients on reforming Medicare more broadly, including finding efficiencies and waste in the current system, and this is therefore just one of many ideas put forward for further discussion and consultation.

“What is clear from my consultations is that no one supports Labor’s policy of doing nothing, not even their Shadow Health Minister.”

The good news is that the one in four patients who are now charged around $75 for a doctor’s visit would see that upfront fee cut in half under this policy.

Other general patients who are currently bulk billed would pay an upfront fee for the first time if their doctor chose to introduce a co-payment.

It would provide doctors with a way of maintaining their incomes over the next four years while the government freezes the amount of money they get from Medicare.

The AMA did not support the government’s $5 GP fee because it involved a cut to the Medicare rebate to doctors, but the new plan involves no such cut and would, instead, involve a pay rise for doctors.

Health Minister Sussan Ley has made clear even though the $5 GP copayment has been scrapped she still wants general patients to pay to see a doctor.

The government wants concession card holders and children to be bulk billed, but says it is wrong that seven in ten working people pay nothing to see a doctor.

“What I have said, what the PM has said is that those who can make a modest contribution to their cost of care should be encouraged to do so,” she told Parliament yesterday.

“It is necessary to ensure that the well over 75 per cent of episodes of care in this country for non-concessional (patients) that are bulk-billed needs to reduce,” she said.

Asked what she was planning, Ms Ley told Radio National yesterday she wanted a “system-wide approach to give doctors the flexibility to make the fee setting arrangements that work in their practice”.

Currently, doctors can either bulk bill patients and accept the Medicare rebate of $37 as the entire payment for the service.

Alternatively, they must charge patients their full fee upfront, generally about $75, and the patient has to claim back the $37 Medicare rebate.

Doctors are prevented from claiming the $37 rebate from Medicare and then charging the patients an additional small fee of around $10.

The government is discussing a plan with doctors that would for the first time give GPs this flexibility.

Negotiations over such a change are part of a wider discussion about Medicare reforms, which include removing waste and duplication such as different doctors ordering the same medical tests or frivolous blood tests.

Greens health spokesman Senator Richard Di Natalie said the move was a “back door co-payment”, and would not get the support of the Greens in the Senate.

Opposition health spokeswoman Catherine King said it appeared the government was completely incapable of developing a health policy without imposing a GP tax.

“As the minister has today again confirmed, the Abbott Government remains committed to the GP tax, committed to forcing patients to pay more to see a doctor and committed to driving down bulk-billing,” she said.

“It’s clear, whatever they end up calling it, the government is determined to increase costs for patients,” she said.