Townsville Hospital has confirmed it is treating a local high school student who has tested positive for tuberculosis (TB).

A specialist team was working with the school to arrange contact tracing, according to the Townsville Hospital and Health Service.

Shalom Christian College in south-western Townsville was revealed as the school concerned when principal Chris England posted a letter to parents on the school’s Facebook page.

In the letter, Mr England said staff and other students were being tested as a precaution.

He said the school was working with authorities to ensure the wellbeing of students.

“We have been informed by Townsville Hospital and Health Service that screening is conducted as a routine process and that all students and staff will be tested as a matter of precaution and we are appreciative of the professional response of the health authorities,” he said.

Townsville public health unit director Dr Steven Donohue said there were no other suspected cases at the school.

“The risk to the school and broader community is low and there is no cause for alarm,” he said.

“In Queensland, the risk to the general public of developing tuberculosis is very low, with around 3.5 cases of TB diagnosed per 100,000 people each year.

“Tuberculosis is spread through air droplets when coughing which are then inhaled by other persons.

“The majority of people exposed to tuberculosis do not develop the disease.”

Townsville authorities did not revealed what strain of TB was involved in the latest case.

Late last year, a woman in Cairns became the second person in Queensland to die from a multi-drug-resistant strain of TB.

Queensland Health said the woman, 32, died at Cairns Hospital on September 29 due to complications secondary to TB. 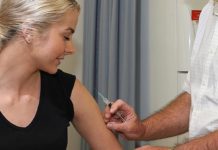 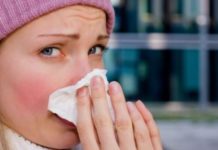