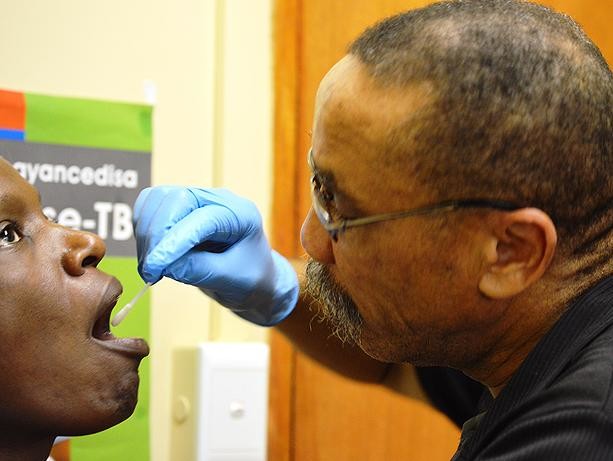 “Care and control of the disease TB really requires prompt case-finding,” said Gerard Cangelosi, UW professor of environmental and occupational health sciences and global health. Detecting the disease with a simple oral swab “could be a game changer for TB control because it could make diagnosis cheaper and easier,” he said.

Cangelosi is corresponding author on a paper detailing the new acquisition method, discovered in collaboration with a group at the University of Cape Town, South Africa.

The work will be published March 2 in Scientific Reports.

TB claims more lives each day than the cumulative toll of the Ebola outbreak. Diagnosing TB conventionally involves collecting and testing a person’s sputum — thick, gluey mucus coughed up from the lungs.

Working with sputum samples is challenging due to the material’s “horribly gloppy” nature, as Cangelosi called it. Sputum can hide pathogens from pathologists because it is difficult to dislodge bacteria from within the mucus’ milieu. Also, in order to produce sputum, patients must cough, which puts sample-collecting public health workers at risk for contracting the disease.

In search of a viable alternative to sputum samples, the scientists swabbed the mouths of 20 healthy individuals and 20 TB patients.

Samples from patients with confirmed TB were taken in a clinic in South Africa. Angelique Luabeya led the study’s clinical investigation along with other researchers at the South African Tuberculosis Vaccine Initiative, part of the University of Cape Town. The control samples were taken from healthy individuals in Washington state.

Rachel Wood, a master’s student in the UW’s Department of Environmental and Occupational Health Sciences, and other researchers detected TB in oral swabs taken from 18 of the 20 confirmed patients. None of the samples from healthy volunteers tested positive.

Previous efforts to test for TB in materials other than sputum, such as blood, urine or exhaled breath, have been limited by much lower accuracy, with detection rates typically below 50%. Moreover, safely obtaining blood or urine samples requires specialized certification, whereas volunteers with minimal training may collect oral swabs. This could open the door to widespread implementation of this new approach.

A long-term goal is to enable active TB case finding, in which at-risk populations are actively screened for the disease to identify and prevent opportunities for transmission.

Cangelosi stressed that the study is merely a proof of principle, limited by its small size. Efforts are under way to expand this initial study into a large-scale controlled trial. Yet the preliminary success offers hope for greatly improved TB detection and control, especially in nations with limited public health resources.

The above story is based on materials provided by University of Washington Health Sciences/UW Medicine. Note: Materials may be edited for content and length. 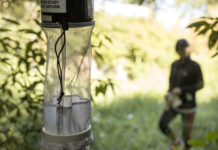