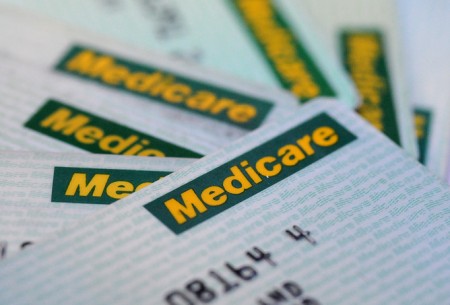 While the media has been focussed on the Government’s proposed GP co-payment, there have been potentially bigger changes to primary health care progressing behind the scenes.

The transition from Medicare Locals to Primary Health Networks (PHNs) may not appear significant, as the functions and objectives of both organisations are very similar. However, there are some key changes in relation to ownership and structure of the new PHNs which have the potential to fundamentally change our primary health care sector.

The possible introduction of private companies, such as private health insurance funds, into the primary health care space, raises a slew of complex policy, transparency and governance issues which will need to be resolved to ensure the changes result in positive changes for consumers.

These include dealing with potential transparency and accountability issues around the tender process, given that some tenderers, such as Aspen Medical, are financial supporters of the Liberal Party.  Andrew McPherson, CEO of the Grampians Medicare Local, discusses these and other thorny issues facing the primary health care sector during this transition period.  He writes:

The Federal Government’s new Primary Health Networks will be established on July 1st 2015, replacing the 61 organizations that were confusingly branded Medicare Locals, and rolled out in three tranches by the previous Government in 2011 and 2012.

Unlike the tender process for Medicare Locals, the PHN tender was opened to the private sector and presumably a number of private companies will soon become owner-operators of PHNs.

Just as occurred after the establishment of Medicare Locals, all PHNs will be scrutinized closely by the health sector in their catchments, and will face challenges around role-definition, probity, the management of conflicts of interest and, in particular, the processes PHNs adopt to commission millions of dollars of health and other services.

The objectives of Medicare Locals were clear; to identify the health needs of their communities and to develop or commission locally-responsive services to meet them. For Medicare Locals, including the Grampians Medicare Local of which I am CEO, Boards predominantly took the view that the terms of the funding contract with the Federal Government defined a clear responsibility to act in the best interests of the communities they served; sometimes described as a social contract between a Medicare Local and the people living within their boundaries.

While the objectives were clear, the role of Medicare Locals within a complex health system was not, particularly in Victoria, where the State Government funds extensive primary care services and already takes an active role in coordination and integration of health care through a number of mechanisms, including State-wide networking and coordinating organizations; the more aptly-named Primary Care Partnerships.

On the ground, state-funded services varied in their engagement and involvement with Medicare Locals, particularly as some Medicare Locals struggled to explain their role and establish their relevance to hospitals, community-based health services and, in Victoria, Primary Care Partnerships.

The role of Medicare Locals became increasingly contentious around a number of issues, not the least of which was disagreement from within the health sector on how Medicare Locals handled decisions on whether to commission services or directly employ personnel to deliver services themselves.

In some cases, and in some jurisdictions, there was a lack of transparency around the processes for making commissioning decisions and a perception grew that Medicare Locals sometimes used increased funding levels to extend their own services at the expense of hospitals or other private and public providers that had the experience and capability to manage services, had they had been commissioned by Medicare Locals to do so.

The two objectives of PHNs are (a) to increase the efficiency and effectiveness of medical services for patients, particularly those at risk of poor health outcomes; and (b) improve coordination of care to ensure patients receive the right care in the right place at the right time.

As such, the roles and functions of Medicare Locals and PHNs remain essentially the same, although with significant variations in emphasis. For example PHNs will need to have a greater focus on general practitioners and hospitals than Medicare Locals were judged to have achieved.

Also PHNs will need to become purely commissioning bodies for clinical services rather than direct employers, except in the case of market failure. This change is intended to address some of the probity concerns of the health sector.

All successful bidders for PHNs across the country will be required by the Department of Health to demonstrate due probity around governance arrangements and commissioning decisions. A broad range of entities are known to have applied, based on information that has appeared in the public domain.

This may include state governments, Medicare Locals (either as single applicants or in consortia with other Medicare Locals) and private companies. As expected, a number of health insurers have also been involved in applications across the country.

The health insurance industry was identified early as among the most likely private contenders, partly because it was assumed, particularly by the Federal Government, that they would be more efficient and innovative than most Medicare Locals- a claim they will get a chance to prove should they be successful.

More importantly for health insurers as investors in PHNs though, they do have strategic alignment with the objectives of PHNs. As the CEO of a health insurer has recently written.

“We strongly believe in the potential of a general practice-led, better coordinated and integrated primary care system to improve the efficient and effective use of health resources, increase the focus on prevention and health rather than illness, and ultimately reduce unnecessary hospitalizations.”

It can be argued that health insurers are natural partners to PHNs because a health system that keeps people well and out of hospital should reduce insurance claims and drive improved financial performance for shareholders.

While this is true, many health insurers also deliver clinical and other services. Since a PHN will be able to decide to either commission a service or, upon determination that market failure exists, deliver the service itself, strong, transparent governance arrangements need to be in place to avoid both real and perceived probity concerns.

It could be argued that a health insurer would be best advised to avoid bidding for service contracts completely; health insurers with a stake in a PHN could still provide a return on investment to shareholders if service system improvements such as more efficient management of chronic disease, better prevention and reduced hospital admissions successfully drive claim reductions.

While the involvement of health insurers in PHN tenders was expected, many of us in the health sector were surprised at the extensive involvement of Aspen Medical in tenders for PHNs across rural and regional Australia.

This includes the Grampians Barwon South West PHN that encompasses the current Grampians Medicare Local, Barwon Medicare Local and the Great South Coast Medicare Local. Aspen Medical is a private medical company with a number of local and global contracts including a recent well-publicized initiative to establish Ebola field clinics in Africa.

It is possible there will be other large private medical companies also seeking to win these bids.  In Aspen’s case, it is forming a not-for-profit independent company to undertake bids and to operate and/or support a number of PHNs in regional communities.

Aspen Medical has considerable experience in delivering health services in rural and remote locations and was seen by some Medicare Locals as a viable partner in a PHN bid. Presumably private medical companies need to make a return on investment, as do health insurers.

Unlike health insurers, for whom reducing avoidable admissions and improving integration of care can drive claim reductions, the business case for a private medical company is not so evident.

With a business model primarily based on the delivery of health services, medical companies may need to communicate to stakeholders across regional and rural Australia how they will earn a return on investment as a stakeholder in a PHN without bidding for service contracts against the hospitals, community-based service providers, private allied health, general practices and medical specialists delivering those services now.

The open tender process for 30 PHNs closed on 27th January; announcements of successful bidders are expected in late March or early April.  Most observers predict a mix of Medicare Locals, private providers, not for profit entities and perhaps government bodies to be successful.

If this occurs, then the PHN reform process will have delivered an opportunity for the private sector to enter what was previously a publicly funded service area.

It remains to be seen whether these new organizations will deliver the efficiencies, innovation and improved health outcomes that was the intent of the new policy direction. This will be particularly important for rural and regional Australians who carry a higher burden of disease than their metropolitan counterparts.

I hope new PHN Boards will embrace the social contract they have with all the people within their boundaries to overcome inequity, particularly those at risk of poor health outcomes . Success will depend on more than policy settings; there must be inherent incentives in the service delivery system that drive better access and quality of care for all Australians.