Nearly 2,000 submissions have been made to the South Australian Government’s Transforming Health paper, as another protest is held against the proposed closure of the Repatriation General Hospital.

About 400 people have attended a rally across the road from the Daw Park hospital, with public submissions on the paper to close today.

It was released by Health Minister Jack Snelling last month and included major changes to the roles of public hospitals and the likely closure of two other facilities – the Hampstead Rehabilitation Centre and Saint Margaret’s Hospital.

It would cater for multiple traumas, with senior staff available around the clock, and similar departments would be built at Flinders Medical Centre and the Lyell McEwin Hospital.

Surgical services would also be redistributed, with the RAH handling complex surgery while less complex elective surgery would be undertaken at the QEH (multi-day), Noarlunga (day) and Modbury (ophthalmology).

The proposal has been far from smooth sailing for the State Government.

Scaling back EDs at other hospitals has faced criticism from health workers, and, in the case of Noarlunga Hospital, has resulted in a Government re-think.

A failure to include mental health in the plan was also criticised.

Proposal leaves too much ‘unknown’

Ambulance Employees Association general secretary Phil Palmer said there were still many unknowns in the Government’s proposal, including staff numbers.

“They are going to be picking up the pieces if the closure or downgrading of emergency departments is not replaced by a proper system,” he said.

“They are going to be at the pointy end.”

The Opposition has called on the Government to extend the consultation period, arguing the lack of detail in the plan is a serious concern.

The biggest challenge for the Government, however, is its proposed closure of the Rehabilitation General Hospital.

It has resulted in four different rallies within a month with veterans calling for new facilities to be built on the same site.

The hospital was built in the wake of World War II and at its height had over 600 beds.

In 1974 it faced a crisis when staff went on strike and patients were cared for by Red Cross volunteers.

Services at the hospital will be re-distributed including therapy, palliative care, pain management and psychiatric wards.

Clinicians on board, paper’s ambassador says

“Reform of any organisation or any big structure is really difficult,” she said.

“Apparently 70 per cent of the time, reform doesn’t work.

“The reasons it doesn’t work relate to how you go about doing it. You’ve got to actually bring the clinicians with you, and that is the key difference this time.”

SA Salaried Medical Officers Association past president David Pope disputed claims that most clinicians were “on board”.

“We’re being ignored and our concerns aren’t being listened to,” he said.

“The doctors that have participated on some of the consultation processes have fed back to us that really, decisions have already been made.”

Mr Pope said budgetary pressures, including the cost of the new RAH and federal funding cuts, were the true reason behind the proposal.

He was disappointed that what started off looking like a “good engagement with clinicians to work on a better system” did not occur. 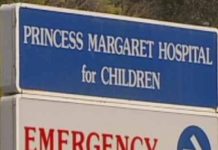