Residents in cyclone-affected areas have been warned to take measures to protect themselves from mosquito-borne diseases such as Ross River virus.

There has already been a dramatic increase in infections from the virus this year, with more than 1,000 cases reported across the state compared with an average of about 190 for the same period over the past five years. Almost 100 of those cases have been on the Gold Coast.

Other mosquito-borne diseases in Queensland are caused by the Barmah Forest virus, and dengue fever in the state’s north.

As the clean-up from Marcia continues, police have expressed disbelief at the theft of 17 generators in the Rockhampton area – most used to power traffic lights at dangerous intersections.

Looters have even plundered generators chained to posts in the Marcia disaster zone. Those responsible had committed “a low act” and would feel the full force of the law when caught, acting detective inspector Luke Peachey warned.

“It is beyond belief that in a time when the community of Rockhampton is pulling together that some people think it is OK to steal much needed and invaluable generators,” Peachey said.

“Some of these have been stolen from intersections where the possibility of serious crashes due to traffic lights being out remains high.

“Others have been stolen from businesses and while some of these thefts appear to be opportunistic it would appear that others may be more targeted and organised.”

He warned police had suspects “in their sights” but appealed to the public for any further information.

The generators were taken between Saturday and Tuesday, when many residents were stranded without power after the category five storm which hit Rockhampton on Friday. 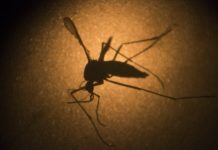 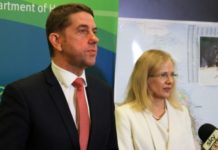