Health insurer nib will consider reward programs and boost service to new members in an attempt to stem the number of customers who switch to its rivals, chief executive Mark Fitzgibbon said.

The Newcastle-based business reported strong half-year revenue growth, which boosted its net profit 4 per cent to $41.4 million. However, some investors are worried about the company’s rate of customer lapse and slow growth in total policies. 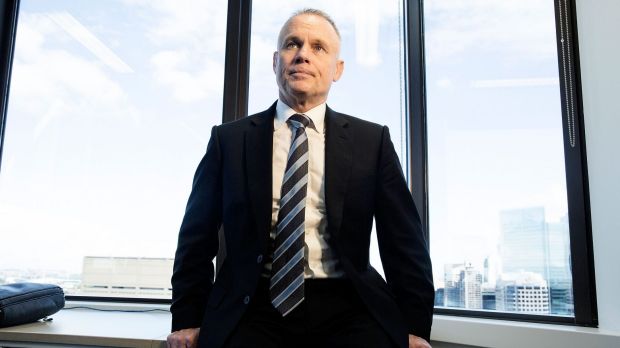 nib chief executive Mark Fitzgibbon said the insurer was getting better at predicting when customers will switch and is responding accordingly. Photo: Michele Mossop

Concern about rising healthcare premiums, resulting in customers switching to cheaper providers or downgrading their cover to less expensive policies, is causing havoc in the $21 billion industry. The proportion of nib customers who lapsed in the six months ended December 31, 2014 rose to 5.7 per cent, from 5.2 per cent in the same period last year.

However, Mr Fitzgibbon said nib was getting better at predicting when customers will switch and is responding accordingly.

“A lot of the lapse occurs in the first six months, so we are looking at better ways to ‘on board’ people, making them feel better about their decision to take up health insurance with nib,” he said.

“We are also looking at how we might be able to develop reward programs to improve the stickiness of customers.”

Mr Fitzgibbon said nib’s premium revenue, which rose 9.1 per cent to $802.3 million in the half, was a highlight. Revenue from Australian customers rose 8.8 per cent to $706.9 million.

That growth was mostly down to nib’s average premium increase of 7.99 per cent, which came in on April 1 and was the highest increase of any fund in the sector for 2014. Total Australian policyholders rose just 1.4 per cent to 491,381.

Revenue growth was also boosted by nib’s tie up with Suncorp’s APIA business, which targets over-55s. The proportion of revenue from that age group rose to 27 per cent, up from 20 per cent in the same period last year.

More older customers also helped to bring down nib’s risk equalisation payment by 6.1 per cent to $94.7 million. This is the liability that insurers must pay into a pool to share the cost of the sector’s highest-risk customers.

The cost of medical claims for nib’s Australian insurance business rose 12.1 per cent to $517.8 million. Bell Potter analyst John Hester said he had expected nib’s gross margin to improve, but said rising claims, which are a sector-wide problem, put a dampener on that. “Nobody is having any spectacular success there,” he said.

We are also looking at how we might be able to develop reward programs to improve the stickiness of customers.

Perpetual portfolio manager Nathan Parkin, who controls a 9.3 per cent stake in the insurer, said nib was doing “a good job managing a business in a tough environment”. Although high churn rates and rising costs were cause for concern in the Australian business, he was pleased with progress of a recent acquisition in New Zealand.

The company’s new medical tourism business, nib Options, which organises cosmetic plastic and dental surgery for patients in countries such as Thailand, made a loss of $2.6 million in the half.

Mr Parkin said he backed nib to “grow the business where they think it’s appropriate … as long as they’re not betting the company on that kind of thing”.