Schoolchildren may have consumed frozen berries linked to hepatitis A cases which have now spread to Western Australia.

Children at nine South Australian primary schools and childcare centres may have been served frozen berries from the recalled batches.

The Department of Education and Child Development chief education officer, Jayne Johnston, said that although SA Health advice suggested the infection risk was low, the facilities were taking a cautious approach.

“Parents will be understandably concerned to receive the letter, but I would like to emphasise that SA Health advises that the risk is considered to be quite low and the product recall was being undertaken as a precaution,” she said in a statement on Wednesday.

Some students at a Victorian high school also consumed the berries after using them to make smoothies during a cooking class.

None have tested positive for the virus, which can take between 15 to 50 days to develop.

“There is no need for people who have eaten these products and remain well to see their doctor for testing or vaccination, as the risk to any individual should be low,” he said.

Three Wests Tigers rugby league players are due to be tested for hepatitis A after eating the berries.

On Tuesday, the NRL club issued a statement saying there had been “no symptoms” and “no confirmed cases of the infection”. 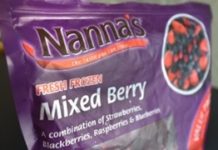 ‘Made in Australia’ foods versus ‘Made in China’, research shows who buys what 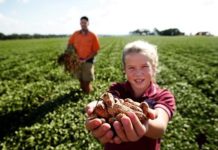 Do you know what you’re eating?