The risk of drug-resistant tuberculosis spreading through Papua New Guinea and into Australia should be just as concerning as the spread of Ebola in parts of Africa, World Vision chief executive Reverend Tim Costello says.

The scale of the outbreak, combined with PNG’s weak health system and the close proximity to Queensland, means that the disease is just as worrisome, Rev Costello said.

“In that sense, tuberculosis, less the hysterical fear and paranoia of Ebola, is a parallel case saying we have to respond sensibly, mainstreaming it quickly, building up the systems, unlike how Ebola was treated.”

Mr Costello said the sheer number of cases in PNG was staggering.

“We know of the super-resistant drug that saw a person in Cairns and nine others here affected and some dying.

“This is very, very grave.”

Tuberculosis affecting half the population of one island township

Mr Costello is currently in PNG to accept an $18 million grant from The Global Fund to tackle tuberculosis.

The grant comes just days after the Australian Government announced an extra $15 million towards its tuberculosis assistance.

But despite the millions of dollars spent, the situation in PNG’s tuberculosis hotspot is bleak.

In the island township of Daru, directly above the northern tip of Queensland, around half the population has tuberculosis.

Doctors have walked off the job, some sick with the disease themselves and others fed up with hospital management.

“The hospital is not currently performing adequately and urgently requires a competent CEO.

“Fortunately we have recently negotiated with the Australian Government to support the international recruitment of a CEO.”

International players need to ‘do what they can’

Mr Malabag asked his government for more than $10 million but instead less than $400,000 was allocated to tuberculosis in this year’s budget.

“The treatment is expensive and funding is inadequate right now,” Mr Malabag said.

Finishing the full six-month course of treatment for tuberculosis is the key to stopping the disease mutating into ever-more potent drug-resistant forms.

Mr Costello said international players needed to do what they could to strengthen the PNG health system.

“This isn’t a parallel health track that World Vision is creating because that ultimately leads to the government being let off the hook; confusion, chaos,” he said.

“We’re saying the Ministry of Health, and our agreements with them; this is intentionally, accountably, strengthening the existing health system.

“Making that health system work is the key to avoiding Australian-run hospitals in Cairns, Brisbane and the Torres Strait being swamped with cases of drug-resistance tuberculosis.” 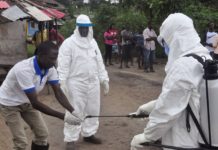 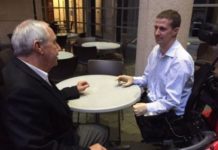