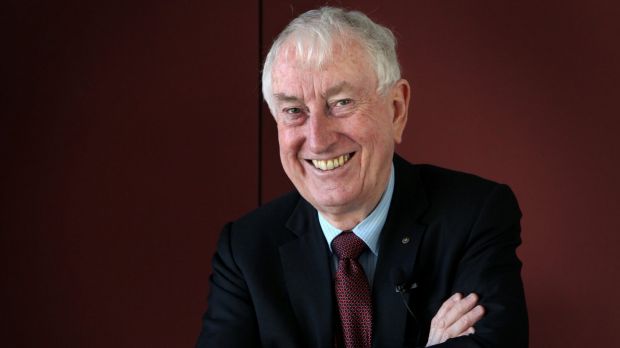 “The NHMRC ought to be able to provide advice to government without fear or prejudice, but I’m not sure that it can,”… Nobel prize winner Professor Peter Doherty. Photo: Jane Dyson

Australia’s peak medical research agency recommended additional research into the effects of wind farms on health based on the “macro policy environment” rather than the scientific report they commissioned, ignoring objections from senior officials in the NSW and Victorian governments.

The NHMRC ought to be able to provide advice to government without fear or prejudice, but I’m not sure that it can

According to emails seen by Fairfax Media, public health officers in the two states wanted the final statement accompanying the release of the National Health and Medical Research Council’s latest report on wind farms “to make it clear that the total available evidence (parallel and direct) suggest[s] little health risk.” 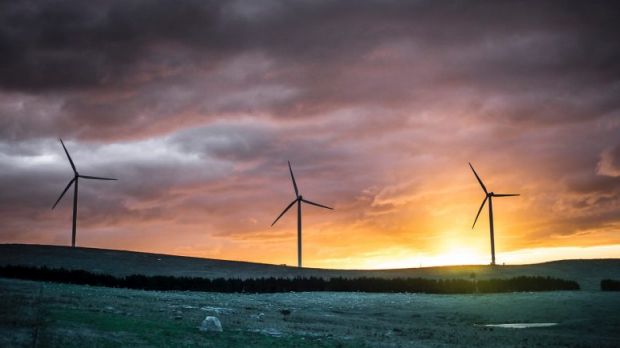 The peak health body’s wind farm findings have been influenced by outside forces. Photo: Chris Chie

Instead, the NHMRC’s statement – while noting “there is no direct evidence that exposure to wind farm noise affects physical and mental health” – nevertheless stated “high quality research into possible health effects of wind farms, particularly within 1500 metres is warranted.”

NSW’s director of health protection Jeremy McAnulty and Wayne Smith, director of the environmental health branch, said in an email that it was important that the statement’s summary allayed “any fears in people living at moderate distances from wind farms.”

“Note in the state health departments, we do get lots of letters from people expressing anxiety and concerns for their health near any development, and so it is really important we provide appropriate reassurance in this statement (rather than implying that a real risk is likely but undetected),” the two senior officials said.

Rosemary Lester, Victoria’s chief health officer, backed the NSW view, stating by email: “I share NSW’s concerns about the wording in this and would fully support the changes that they have suggested.”

In explaining the final wording, Samantha Robertson, the NHMRC’s executive director for evidence, advice and governance, said the statement had to take into account “a variety of factors, including the advice received from all council members and the macro policy environment (not just the reference group).”

“Given parliament’s very clear interest in this issue, [NHMRC’s chief executive Warwick Anderson] has sought to reflect that level of community concern in the statement,” Ms Robertson said in an email.

“While I understand that you have particular views on the final wording given your regulatory roles, I hope that the information above explains our final position,” she said.

It is understood that the reference group of scientists that conducted the review did not get to review the statement.

The emails raise more doubts over the conclusions of the study ordered by the Abbott government, with the underlying report citing 1500 metres and three kilometres as possible distances of concern. So-called wind farm syndrome has been reported by some residents near turbines, with sleep deprivation, headaches and other effects reported.

“The NHMRC ought to be able to provide advice to government without fear or prejudice, but I’m not sure that it can,” Peter Doherty, a Nobel Prize-winning researcher, said.

“No matter how much money you put into this, you’ll never get a clear answer,” Professor Doherty said, with the effects on high-tension power lines just as fraught an issue.

“You’d never get an absolute that would satisfy that tail of people that claim they are adversely affected.”

Greens senator Richard Di Natale said he was shocked at what appeared to be political interference.

“It’s scandalous and I’ll be following it up in the next Senate estimates. There’s a real concern here that we’re politicising what should be an independent science review.”

Higher priorities for the estimated $500,000 in funds to be allocated for the wind farm research include cancer, diabetes and many other subjects, Senator Di Natale said.

A spokeswoman for the NHMRC said: “Wind farms have a high level of community concern, as evidenced through two specific Senate enquiries and raised repeatedly at Senate Estimates.”

“A third Senate Select Committee enquiry has recently been announced,” the spokeswoman said.

“Community concern alone does not warrant further research,” she said. “As the NHMRC statement says, further research is required based on ‘the poor quality of current direct evidence and the concern expressed by some members of the community.'”

“It’s essential for everyone involved – including both residents and the renewable energy sector – that credible evidence is gathered to ensure a considered position based on hard facts, not emotion and vested-interests, can be established,” Ms Ley said.

The NMRC was a respected independent body and Ms Ley’s office had made no comment or amendments to the NHMRC’s statement prior to its release, a spokesman said.

Kerry Chant, the NSW chief health officer, said she “welcomed the opportunity to provide feedback” and supported the final statement.

“This is a very complex area, and it is important that the public statement accurately reflects the complexities of both the source of the evidence and its quality and consistency of findings,” Rosemary Lester, Victoria’s chief health officer, said, adding she backed “the generation of further high quality research in this area” and the statement as issued.

Bruce Armstrong, chair of the study, said concerns over wind farm noise had “not come up through the normal scientific process.”

“We can’t explain away what people are experiencing, so we need to research it,” Professor Armstrong told a webcast event on Wednesday. 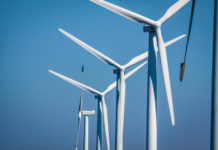 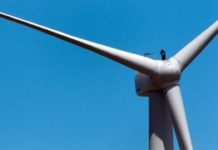