Canada’s Supreme Court has unanimously struck down a ban on doctor-assisted suicides for mentally competent adults suffering an incurable disease.

The court ruled that an earlier ban was too broad and argued that it wrongly applied to more people than the small group it was meant to protect.

The ban had been applied to “vulnerable persons … [who were] being induced to commit suicide at a time of weakness”.

It noted that making it a crime to assist another person who is “grievously and irremediably ill” in ending their own life had left the sick with only two options: suicide “often by violent or dangerous means”, or suffering until natural death.

“The choice is cruel,” the court concluded.

However, the ruling was suspended for a year to allow politicians a chance to enact new rules surrounding the divisive issue.

Nothing in the court’s ruling indicated that doctors would be compelled to take part in assisted suicide if asked by a patient.

“Physician-assisted death is the existential and moral issue of our time,” parliamentary deputy Steven Fletcher said.

Mr Fletcher, who is a paraplegic, proposed loosening the ban on doctor-assisted suicide last year, and said he looked forward to working to revise the rules.

He said he agreed with the court, but said he favours maintaining some kind of regulations to prevent abuses.

The Canadian Medical Association said it would consult with the government on a new framework.

It was not immediately clear if that process would occur before or after Canada’s general election in October, or if doctor-assisted suicide would become an election issue.

A legal challenge of the ban was brought by the families of two women in the western province of British Columbia who have since died, and was supported by civil liberties groups.

One of the women, Gloria Taylor, died of an infection after suffering from amyotrophic lateral sclerosis (ALS), also known as Lou Gehrig’s disease.

Mr Taylor said she did not want to “live in a bedridden state, stripped of dignity and independence”, nor did she want an “ugly death”, according to trial transcripts.

The other woman, Kay Carter, travelled to Switzerland, where she was allowed to commit doctor-assisted suicide, and said before she died that she was terrified at age 89 of “dying inch by inch”.

The Supreme Court’s decision reverses its own 1993 ruling in the case of Sue Rodriguez, a pioneer in the fight for the right to die in Canada.

At that time, the court expressed concern about protecting vulnerable persons, but in its new ruling pointed to changed Canadian social values.
AFP 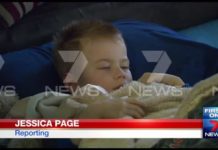 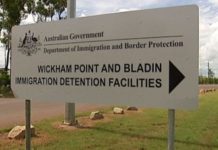 Children in detention ‘among most traumatised’ doctors have seen