A study published in the journal Human Reproduction found that “more frequent sugar-sweetened beverage (SSB) consumption was association with earlier menarche (age at first menstrual cycle) in a population of US girls.”

The data came from questionnaires filled out by 9 to 14 year old girls.  A built-in limitation of this kind of research is the possible misreporting or underreporting of beverage intake.

Dr. Yoni Freedhoff, assistant professor of family medicine at the University of Ottawa, and publisher of the Weighty Matters blog, wrote me:

“I find it rather staggering that in a study trying to pin early menarche to a specific dietary contributor, that overall dietary patterns weren’t considered as a possible confounder. In this study, one of very young children consuming large numbers of SSBs, it’s definitely possible, if not probable, that children whose lives and parents lead and allow them to consume large amounts of SSBs are likely to have diets that look very different from those kids who drink little or none of the stuff.  And if the hypothesis is that dietary contributors can affect age of menarche, you’d think that would be an important thing for which to control in their analysis. Moreover, dietary recall in adolescents, and especially adolescents with weight, has been shown to be abysmal (http://www.ncbi.nlm.nih.gov/pubmed/20874449) and consequently conclusions drawn from the use of child and adolescent food frequency questionnaires are very challenging to authoritatively make.”

That’s the nuance missing from a lot of news coverage of the study.

Smithsonian.com published, “Sugar Is Causing Girls to Get Their Periods Sooner.”  The story concludes with a call to action for young girls:  “unlike other factors that play into early menarche, this is one that can be avoided by shunning sugary drinks.”

Important though this research may be, it is still an observational study that cannot prove cause and effect.  Therefore, the headline – “Sugar Is Causing…” – is inaccurate.  And without proof of cause-and-effect, it is debatable whether the story’s call to action at the end is grounded in sufficient evidence.

Other stories also crossed the line into inaccurate cause-and-effect language:

If stories used language such as “more sugar drinks linked to earlier periods,” that is technically accurate. A statistical association – or link – is different from causation.

But what I’m looking for is what I found – succinctly – in just 23 words in a LiveScience story republished by Huffington Post.  It stated:

“Still, the study found only an association, and cannot prove there is a cause-and-effect relationship between sugary drinks and earlier periods.”

That story also went on to state:

“It could be that girls who have started to mature early also tend to drink more sugary drinks because they are more mature, the researchers said. (For example, these girls may have different tastes, or may be treated differently by their parents, than girls who mature later.)

In addition, it’s not clear whether a three-month difference in when a girl starts getting her period would have a meaningful impact on her health. Dr. Joshua Yang, a pediatric endocrinologist at the Arnold Palmer Hospital for Children in Orlando, Florida, said that at an individual level, “three months really isn’t that big a deal” in terms of its impact on health.”

So that’s the optimal approach:  caveats about the limitations of observational studies and inclusion of an independent perspective.

Once again, many stories failed to have one or the other or both.

We frequently remind journalists and the public that we offer a primer to help you understand this topic:  “Does the Language Fit The Evidence?  – Association Versus Causation.” 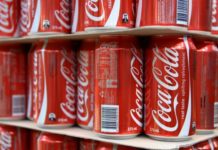 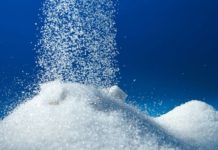