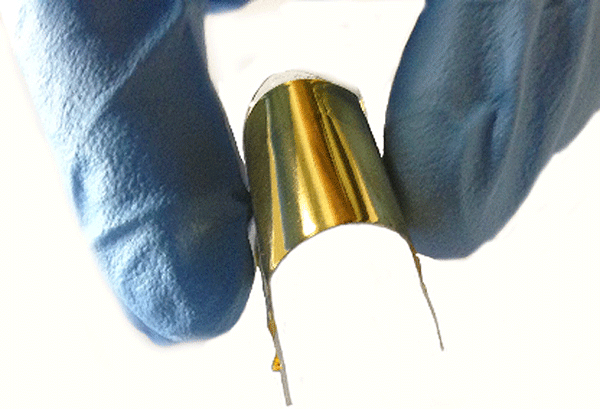 As the capabilities of implants and wearables have been expanding at a rapid pace, the batteries that power them have not kept up in progress. Case in point are reports that the Apple Watch will have enough battery power for only a few hours of active use. Now a new patch created at the National University of Singapore provides electrical power just from the slight motion of the skin.

The device takes advantage of the triboelectric effect, a common way that static electricity is produced. In essence, when materials with different characteristics are brought into contact and then pulled apart, an electric charge is built up. In the case of the new generator, one of the material layers is skin while the other is a silicon rubber with a bunch of tiny pins sticking out. The pins create a lot of contact with the skin as opposed to using a flat material, providing the necessary friction that makes electrons jump from the skin to the gold electrode layer under the pins.

In a proof-of-concept experiment, the researchers attached the sensor to the throat and forearm of a volunteer subject and were able to produce 7.5V and 7.3V respectively. Besides being a power generator, the patch may also work as a sensor that detects muscle activity and motion, among other parameters. 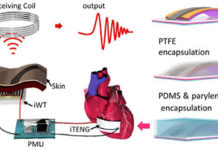