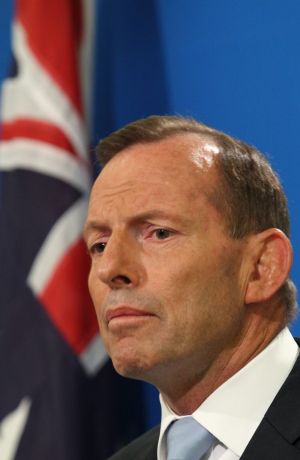 The Australian Medical Association has warned that the country is in the grip of political disease.

It is a condition first identified in the US, where it has spread so widely that some people believe what they hear on Fox News. It has reached epidemic proportions in some states in the Midwest, with people convinced that Barack Obama is a jihadist, and an increasing number believing what Rupert Murdoch tells them.

In Australia, surveys have shown that over 76 per cent of the people are sick of politics. It is so bad that thousands of people every day convince themselves that they are as good as any politician, and they give obvious examples like Barnaby Joyce, Ricky Muir or any Tasmanian senator. “This kind of thinking,” according to a spokesperson for the AMA, “tends to go to their head and they feel larger than life, and may be tempted to form a micro-party.”

The main treatment currently suggested by the medical profession is a gradual reduction in the amount of politics consumed, the kind of cure advocated for those trying to give up cigarettes. Patients should confine themselves to one speech a week from Tony Abbott and no more than two mentions of Clive Palmer in any 24-hour period.

Aversion therapy has also been suggested, with the patient being subjected to a twice-daily dose of some particularly annoying politician like Christopher Pyne or Scott Morrison. A pressure group has been established, however, to agitate against this way of dealing with the problem, because a small number love these two men and it is felt that the suggestion interferes with their rights as a minority.

The churches are also beginning to take note of the problem, fearful that people are listening to politicians rather than to ministers of religion. There is some confusion, however, because it is thought that many clerics make even less sense than politicians. The case of Ireland in the middle years of the last century is given as an example of the danger when people pay attention to priests, the implication being that listening to politicians may have a similar stultifying effect on Australia.

Many groups have been set up to help political addicts. They hold meetings based loosely on Alcoholics Anonymous where people admit that they have a problem and listen to others with a similar affliction. They pair off to help each other, so that if one is tempted to believe what a politician says, they call their helper. Unfortunately, this has led to the breakdown of a number of longstanding relationships and marriages.

A number of charities have become involved in setting up helplines to be staffed by psychologists. The idea is that when someone felt a need for politics, they could ring one of these numbers. “It would be a good way to find employment for the young people who do a degree in psychology and never get to use it,” according to the Salvation Army. Unfortunately, this suggestion was taken up by Eric Abetz, the Minister for Employment, and resulted in 23 statements and 65 press releases, adding to the very problem it was supposed to help.

According to the AMA, there should be a register of politicians who could be listened to only with a medical prescription. Tony Abbott, Joe Hockey and Mathias Cormann are obvious examples, but there is a suggestion that political commentators like Alan Jones, Andrew Bolt and Janet Albrechtsen could also be included on such a register. “Their rants are so predictable,” a spokesman said, “that they are on a kind of permanent loop, the very thing that is so harmful to health.”

Some medical entrepreneurs are considering setting up clinics to deal with the problem of political addiction. The patient would be forced to listen to an hour of explanation by George Brandis of how the internet works or to an equal length of snippets of promises made by Tony Abbott before the last election. It is felt that after several such treatments, the sufferer would return to his normal state of apathy about politics.

Doctors are expecting an increase in sufferers this week as Australians try to understand why the husband of the Queen had to be given a knighthood. “Just when we were making headway with the problem,” one of them said, “this has thrown our progress back months.”

In America, there is a suggestion that the condition may be inherited – the examples of the Roosevelt, Kennedy and Bush dynasties are cited and there is even a fear that it may be transmitted by intimate contact as in the Clinton family. Thankfully, in Australia, this version has not been obvious except in a few cases in Queensland – Bjelke-Petersen, Katter, Newman.

It has been proposed that the AFP investigate certain religious groups for their over-production of politicians – the Anglicans in the 1960s for example, or the Catholics today – but this has been rejected. However, it is believed that they are examining certain professional groups for the way they produce so many politicians. Lawyers and journalists obviously, but also trade unionists and teachers are in their sights.

Anyway, that’s what I think.