GENEVA (Reuters) – Plague has killed 57 people out of 213 known cases in Madagascar and more deaths are feared after recent flooding forced tens of thousands of people from their homes and set rats on the run, the World Health Organization said on Tuesday.

The U.N. agency’s first update since late November, when there were 119 cases including 40 deaths, was based on new figures from the Health Ministry.

The outbreak began in August on the Indian Ocean island, one of the world’s poorest countries, where the disease is endemic..

The bacterial disease is mainly spread from one rodent to another by fleas. Humans bitten by an infected flea usually develop a bubonic form of plague, which swells the lymph node and can be treated with antibiotics, according to the WHO.

However, if the bacteria reach the lungs, the patient develops pneumonia (pneumonic plague), which is transmissible from person to person through infected droplets spread by coughing. It is one of the most deadly infectious diseases and can kill people within 24 hours.

“Plague established a foothold in the capital city, affecting densely populated slums. This is alarming, as around 8 percent of cases progress to the lethal pneumonic form,” WHO director-general Margaret Chan said.

She said flooding from a tropical storm and a cyclone last week displaced tens of thousands of people and untold numbers of rats, “raising the risk of more rodent-borne epidemics”.

Adding to the danger, the fleas that transmit the disease from rats to humans have developed resistance to the first-line insecticide, Chan told the WHO Executive Board on Monday.

Madagascar’s president announced the replacement of eight ministers late on Sunday, including a new finance minister, after the government was dissolved earlier this month amid mounting public frustration over power cuts and social woes. 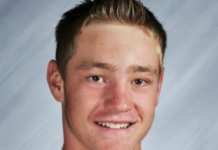 Spread of plague slows in Madagascar, death toll at 71: WHO