Use of the same antiangiogenesis drugs that have improved treatment of some cancers could also help surmount persistent difficulties in treating tuberculosis (TB). In their PNAS Early Edition report, investigators from Massachusetts General Hospital (MGH) and the National Institute of Allergy and Infectious Disease (NIAID) show that blood vessels supplying pulmonary granulomas — dense masses of immune cells that surround pockets of the TB bacteria in the lungs of infected patients — have the same sort of structural and functional abnormalities seen in solid tumors and that treatment with the antiangiogenesis drug bevacizumab (Avastin) significantly improved delivery of a small-molecule drug surrogate within granulomas in an animal model.

“By applying insights gained over three decades of work in tumor biology, we have demonstrated for the first time that TB granulomas have an abnormal blood vessel network that explains several observations previously made by our NIAID coauthors,” says Rakesh K. Jain, PhD, director of the Steele Laboratory of Tumor Biology in the MGH Radiation Oncology Department, co-senior author of the PNAS Early Edition report. “Our findings that bevacizumab — an FDA-approved drug now widely prescribed for cancer and eye disease — can normalize granuloma vasculature and improve small-molecule delivery suggests that combining such drugs with anti-TB drugs may enhance TB treatment and potentially reduce the growing problem of antibiotic resistance.”

While as many as one-third of people worldwide may be infected with the bacteria that causes TB, most individuals with the infection never develop disease. Weakening of the immune system related to HIV infection, chemotherapy, or other causes can result in development of active TB disease, in which bacteria proliferate and attack tissues in the lungs and sometimes other organs. Treatment for TB involves a lengthy course of multiple antibiotic drugs, typically four or more drugs for 6 to 8 months. A growing problem is the appearance of bacterial strains resistant to the two primary antibiotics used to treat TB, with some resistant to as many as ten drugs, contributing to almost 2 million deaths from TB every year worldwide.

Recent studies have explored structural features of TB granulomas in humans and animals with active disease, and the NIAID co-authors of the PNAS Early Edition report — led by co-senior author Clifton Barry III, PhD, chief of the Tuberculosis Research Section — and others have observed that the ability of anti-TB drugs to penetrate the lesions varies widely, with few able to reach high concentrations within the central zone of dying cells. Other aspects of the environment within granulomas — including low levels of oxygen, which can restrict the action of immune cells — have been observed, but no previous study has investigated the structure and function of granuloma blood vessels and their effect on treatment of TB.

As described in the current study, the research team discovered several similarities between the blood vessel networks of granulomas in a rabbit model of TB and those of solid tumors — including elevated expression of the potent angiogenesis factor VEGF, which was also seen in granulomas from human patients; structural abnormalities such as a lack of cells that support blood vessel walls; and extremely uneven distribution of blood vessels in the lesions, with many compressed or collapsed vessels and few in the centers of the lesions. Intravenous administration of a fluorescent dye molecule similar in size to common anti-TB drugs revealed functional abnormalities of granuloma vessels that so limited the dye’s penetration of the lesions that little or none reached the central region.

Treating the infected animals with bevacizumab, an antibody that blocks VEGF, produced structural improvements in granuloma vessels — such as increased diameter, more support cells and fewer ineffective, immature vessels. These structurally normalized vessels also were functionally improved, with significantly better delivery of the marker dye and fewer oxygen-starved cells throughout the lesion. As is the case when angiogenesis drugs are used in cancer treatment, these effects were transient and lasted less than a week, but the researchers anticipate that periodic bevacizumab administration could improve the effectiveness of anti-TB drugs as it has with several chemotherapies. In addition to reducing the length of TB therapy, removing physical barriers that keep all administered drugs from reaching all bacteria within granulomas should reduce the development of bacterial resistance.

“Unlike many TB researchers, we are not seeking to discover new ways of combating bacterial resistance, instead we are striving to overcome physiological resistance to treatment caused by these vascular abnormalities,” says Jain, who is the Cook Professor of Tumor Biology at Harvard Medical School. “And since we are using an FDA-approved drug, our work has the potential to be rapidly translated into clinical use.”

The above story is based on materials provided by Massachusetts General Hospital. Note: Materials may be edited for content and length. 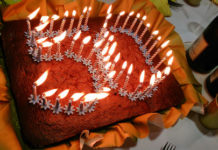 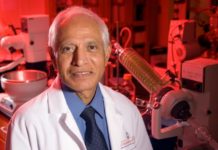