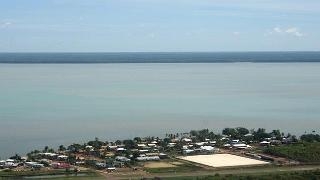 The PNG Post-Courier newspaper has reported that the confirmed infection of nine nurses from Daru Island General Hospital, who are carrying a multi-drug resistant strain of TB, has prompted remaining staff to stage a sit-in protest for better protection.

The Post-Courier reports that the disease has paralysed services at the hospital this week after widespread fears on the island that the epidemic will spread.

The protesters, led by the hospital’s TB committee, have demanded provincial leaders, stakeholders and the public increase their awareness of the Western Province as a leading TB hotspot for the country.

They presented a petition to the hospital’s acting chief medical officer Dr Naomi Pomat giving authorities two weeks to respond to their grievances.

They referred to PNG Prime Minister Peter O’Neill’s launch of a national tuberculosis awareness campaign last year and questioned why provincial leaders couldn’t copy his response to TB in the region.

“There is an increase in all types of TB cases and this has affected our staff and our lives are at risk. We are becoming patients too,” the petition is said to read.

Yesterday, Federal Leichhardt MP Warren Entsch said he had received more information that indicated the TB problem was “even broader” than reported.

He said TB infrastructure at Daru Hospital, funded by Aus-AID, had not been completed and the hospital ship Medics Queen had remained unused, sitting in dry dock indefinitely.

“The situation is worse than critical, it’s out of control,” he said. “If nurses at the hospital can’t prevent themselves from catching TB, then what hope do people in the villages have?”

He said learning about the infected nurses confirmed his concerns about the way TB programs had been handled in the past by AusAID and non-government organisations that had received funding from the Australian government.

A public health emergency was declared by health authorities in the province last year as a result of the threat posed by the respiratory disease.

Multi-drug resistant TB caused the death of a woman in Cairns Hospital last October. The 32-year-old mother of three hailed from Saibai Island in the Torres Strait, where possibly infectious PNG nationals are known to visit. 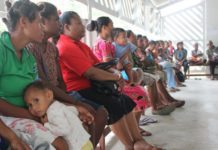 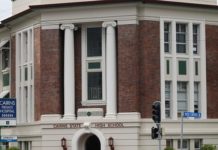 TB scare for 110 at Queensland school

Tuberculosis concern should be on par with Ebola: World Vision CEO