A couple of months ago, as the weather started getting cold in New York and I began my annual ritual of wondering why I live here, I received an email from my friend. The subject line read, “Sat, Nov. 22: Hygge Party!”

It was an invitation, in preparation of impending winter, for a Brooklyn gathering to “celebrate all things hyggeligt. Friends, family and lovers very welcome,” she wrote to the 20-person email chain.

The gathering wasn’t some nonsensical hipster abstraction, nor was it a swingers party. Hygge (pronounced somewhere between “HYOO-gah” and “HOO-gah”) is a Danish cultural concept that doesn’t have a direct English translation. Used as a noun and a verb, the word comes close to “coziness.” But it’s more a mental state of well-being, a conscious effort to create a cozy atmosphere. Lighting candles and drinking wine on a cold winter night — that’s hygge. Hanging out with good friends and family at the park on clear summer day — that’s hygge, too.

Ultimately, it would take work, but it has the potential to increase our overall happiness.

“It is something Danes use quite a lot,” Tai Højer Klan, VisitDenmark‘s online manager, USA, tells me. “I could say to a friend, ‘Do you want to get together tomorrow and do some hyggeligt stuff?’ It is a common thing to set the tone of what is going to happen.”

“Hyggelight stuff” might mean getting a cup coffee and talking, or sitting by the fire, cuddling up with a blanket, watching the snow fall outside your window. It could be a picnic in King’s Garden in Copenhagen — the more cheese and cold cuts you bring, the more hyggeligt it is.

Højer Klan says that while hygge mostly connotes having a great time with people you enjoy, you can hygge alone, too.

“Season 3 of House of Cards is coming out, and if you want to have a hyggeligt time by yourself, get some candy, get some candles going, and you can definitely have that,” he says.

I never did end up going to my friend’s hygge party. Maybe it was because the cold temperatures and shortening hours of daylight remanded me to my studio apartment, sapping any energy I might have had to go out. Or perhaps I was too stressed or anxious from the previous week, and needed to be alone to decompress.

Ironically, hygge could have helped me with either scenario. In fact, the weather can be closely linked to drops in your mood, and even feelings of depression.

Seasonal affective disorder (SAD) is a mood disorder people experience in a seasonal pattern, and while it can occur in spring and summer, it’s more common during the winter months. According to Mental Health America, approximately half a million Americans experience SAD between September and April each year, peaking in December, January and February.

Some researchers say a lack of sunlight increases the body’s levels of melatonin, a hormone that regulates sleep and can contribute to depression. A recent study concluded that, as sunlight dwindles during the winter, so do your levels of serotonin — the neurotransmitter that plays a role in mood.

And yet Denmark, with its cold winters and December sunsets that occur as early as 3:43 p.m., still took the top spot as happiest country in the 2012 and 2013 World Happiness Report. Researchers at the University of Warwick even found that Danish happiness could be genetic.

In contrast, a 2013 Harris Poll found that only one-third of Americans are “very happy.” Could hygge help?

“The process seems to be associated with gratitude — a directed and deliberate attitude one develops,” says Dr. Simon Rego, director of psychology training at Montefiore Medical Center in New York. He points to research that suggests gratitude can help buffer all kinds of psychological distress and disorders.

Rego says that because hygge isn’t a strategy to combat seasonal affective disorder, specifically — it’s a year-round cultural attitude — it might suggest that people outside Denmark (that is, Americans) could adopt a similar attitude at any time of year, similar to exercise. You don’t exercise for one day and automatically prevent heart disease or hypertension — you have to invest in the process of exercise for long-term benefits. Similarly, we’d need to invest in hygge, for the short-term gains as well as long-term mental well-being.

“We kind of have the gist of it around Thanksgiving and Christmas in the United States, when we adopt something very similar for a limited trial, but then we dump it as soon as the holidays are done,” he says. “If we maintained it, maybe we would actually start to rise up in the rankings, closer to the top three or four countries in happiness.”

But how do we invest in something like hygge that isn’t, like the Danes, already ingrained in our culture? Should we all start throwing hygge parties?

It’s probably not so easy. There may even be something unique about the physical and psychological environment in Denmark that allowed hygge to emerge, exist and continue. Even Højer Klan says he thinks a lot of the magic of hygge has to do with the down-to-earth, calm nature of Danes.

If we tried to mimic it exactly, it might fall flat, even though it might look like we have a similar need. Rego compares it to taking a plant out of one country and trying to plant it in another — it might not thrive.

Hygge isn’t the world’s only cultural concept good for the mind and spirit, as a recent Mother Nature Network article points out. There’s the Japanese concept of wabi-sabi, focused on accepting and learning from the imperfect. Norway has friluftsliv, which translates to “free air life” and stresses the importance of being outside. And there’s gemütlichkeit — essentially the German version of hygge.

Højer Klan hasn’t experienced hygge since he moved to the U.S. — at least not in the same way. But he says it definitely isn’t restricted or even necessarily unique to Denmark.

“It has to do with being in that moment,” he says. “And enjoying that moment — being together with your friends, and valuing that for what it is.”

One thing’s for sure: I’ll certainly cozy up to the next hygge party.

Are Your Hands Almost Always Cold? You Might Have Raynaud’s Syndrome 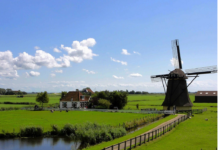 These Are The Happiest Countries In The World