The secret to shedding stubborn weight may be all in the mind, according to researchers examining how brains can instruct our bodies to burn more fat.

The team from Melbourne’s Monash University uncovered how the combined action of two naturally-occurring hormones can trigger the conversion of what is known as white fat to brown fat, which is easier to burn off.

They unravelled a molecular mechanism that relies on the combined action of leptin, an appetite suppressant in fat cells, and insulin, produced in the pancreas when glucose levels rise.

Professor Tiganis said these hormones fired a group of neurons in the brain.

“The brain then in turn sends out signals via neurons to promote the conversion of white fat, fat that stores energy if you like, into brown fat,” he said.

“That burns off energy, and this way the body weight is regulated.”

One reason people might get fat is if this process is altered, and the brain no longer responds to insulin and leptin.

To test the theory, researchers reduced the levels of two insulin and leptin-inhibiting enzymes in laboratory mice.

Professor Tiganis said when those mice were placed on a high-fat diet they proved to be “remarkably resistant to diet-induced obesity and the development of type 2 diabetes”.

The key for researchers now will be turning this research into a drug that targets these two inhibitor enzymes, to trigger the conversion of white fat cells to brown fat cells.

Professor Tiganis admits any potential therapy is a long way off.

“Eventually we think we may be able to help people lose weight by targeting these two enzymes.”

Nonetheless, the research is being welcomed by Diabetes Australia chief executive Greg Johnson.

“We’ve probably oversimplified this epidemic for far too long, and thought that type 2 diabetes was just about one organ – the pancreas – and insulin,” he said.

“But what this research is highlighting is that the problem of type 2 diabetes is linked to really complex regulatory mechanisms, involving the brain, the gut, the pancreas, the liver and all the body.”

Obesity is a large contributor to type 2 diabetes, which costs the nation’s health system $14.6 billion annually.

Professor Johnson said in the past year alone another 100,000 Australians had developed diabetes, and said any new insight into the role and transformation of fat was valuable.

“People probably think fat is a benign substance that we just carry around with us, but in fact it’s very biologically active,” he said.

“These regulatory hormones like leptin are actually produced by fat cells, and we can have good fat cells and bad fat cells.” 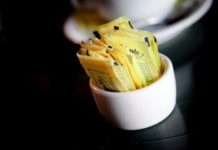 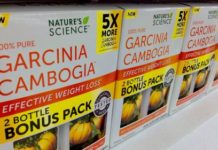 Science or snake oil: is Garcinia cambogia the magic weight-loss pill it’s hyped up to be?