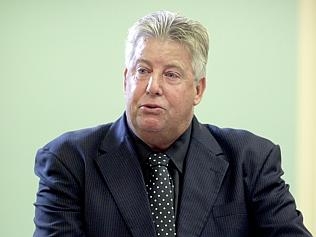 A SENIOR Newman Government MP has been accused of calling staff at a local medical centre “dumb” during a heated exchange after he was targeted over federal Medicare cuts.

Patients have told how Lockyer MP Ian Rickuss stormed into the reception of a Gatton medical centre on Wednesday and lambasted staff at the reception desk. Mr Rickuss, who will formally launch his campaign today, confirmed he confronted the centre but insisted it was the decision to link him to a federal issue not the staff that he branded “dumb”.

The MP, who is competing against One Nation’s Pauline Hanson for the safe seat, questioned the ability of doctors who couldn’t differentiate between governments and blamed a local psychic, who once said she was a witch, for targeting him.

Hundreds of letters from doctors and patients were sent to MPs over Medicare cuts with the Abbott Government yesterday abandoning the $20 rebate reduction for short consultations.

One patient, Scott Sandford said Mr Rickuss had been “out of line”, saying his “disgusting behaviour” had upset staff.

Mr Rickuss said he confronted the surgery because it was “wrong and slanderous” to claim he had broken a promise on Medicare.

“It didn’t get heated,’’ he said. “But I said it was a bit dumb when you send it to the wrong level of government.”

Mr Rickuss said he had received around 600 letters organised by doctors when the state had nothing to do with it. “If doctors can’t tell the difference between levels of government it is a bit of a worry about their medical service,’’ he said.

He suspected a local psychic had something to do with targeting him. “She sent me something saying she was a witch a while ago. If you ask her questions, ask her why she has a doorbell, because psychics shouldn’t need doorbells. They should know you’re coming around.” 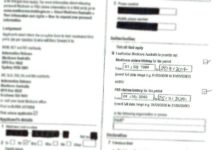 Insurers accused of getting better access to Medicare data than patients 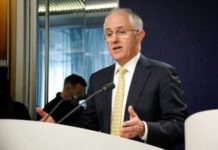