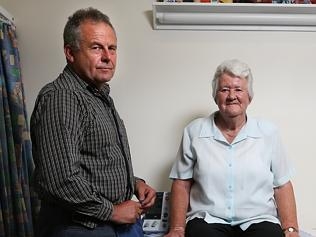 HARDWORKING   GPs in Tasmania say changes to Medicare, which come into effect on January 19, will wipe out small private practices and spell the death of Medicare.

Dr Alexander said the changes, brought in over Christmas, bypassing the Senate, were supported by the Federal Australian Medical Association and the Royal Australian College of General Practictioners “who did nothing until grassroots GPs spoke out.’’

Dr Alexander said the changes include fixing the rebate for four years.

“That alone is enough to kill us, not taking into account compound rising costs over four years, it will bring us to our knees.’’

“What small business can take a 56 per cent cut?” he said.

Tasmania is dominated by small private practices, which will have to close their doors, with doctors taking early retirements or branching out into specialities such as skin clinics, he said.

Doctors would be better off doing locums.

The chronically ill and the elderly would be the hardest hit in Tasmania, the state most affected because of the high level of chronic disease, the large elderly population and the biggest proportion of people dependent on social security, he said.

Cygnet GP John Wilkins said the changes were “a deliberate, politically motivated death blow aimed at a Medicare system that had served the community well for many years.” In a letter to the community he has served for 34 years, Dr Wilkins wrote that his practice would become “unworkable.”

“I cannot find a solution,’’ he said.

“My practice will cease on the day these new changes come into effect.”

Pensioner Patricia Clark, 76, of Austins Ferry is a frequent visitor to Dr Alexander’s practice, where 12 doctors see 9000 patients. Mrs Clark and her husband have chronic conditions that need frequent visits for blood tests and results.

Dr Alexander said the Claremont practice had received nothing from the Government, yet the changes were meant to be introduced on Monday week.