Nanoparticles, extremely tiny particles measured in billionths of a meter, are increasingly everywhere, and especially in biomedical products. Their toxicity has been researched in general terms, but now a team of Israeli scientists has for the first time found that exposure nanoparticles (NPs) of silicon dioxide (SiO2) can play a major role in the development of cardiovascular diseases when the NP cross tissue and cellular barriers and also find their way into the circulatory system. Their study, published in the December issue of Environmental Toxicology.

The research team was comprised of scientists from the Technion Rappaport Faculty of Medicine, Rambam Medical Center, and the Center of Excellence in Exposure Science and Environmental Health (TCEEH).

“Environmental exposure to nanoparticles is becoming unavoidable due to the rapid expansion of nanotechnology,” says the study’s lead author, Prof. Michael Aviram, of the Technion Faculty of Medicine, “This exposure may be especially chronic for those employed in research laboratories and in high tech industry where workers handle, manufacture, use and dispose of nanoparticles. Products that use silica-based nanoparticles for biomedical uses, such as various chips, drug or gene delivery and tracking, imaging, ultrasound therapy, and diagnostics, may also pose an increased cardiovascular risk for consumers as well.”

In this study, researchers exposed cultured laboratory mouse cells resembling the arterial wall cells to NPs of silicon dioxide and investigated the effects. SiO2 NPs are toxic to and have significant adverse effects on macrophages. a type of white blood cell that take up lipids, leading to atherosclerotic lesion development and its consequent cardiovascular events, such as heart attack or stroke. Macrophages accumulation in the arterial wall under atherogenic conditions such as high cholesterol, triglycerides, oxidative stress — are converted into lipids, or laden “foam cells” which, in turn, accelerate atherosclerosis development.

“Macrophage foam cells accumulation in the arterial wall are a key cell type in the development of atherosclerosis, which is an inflammatory disease” says co-author Dr. Lauren Petrick. “The aims of our study were to gain additional insight into the cardiovascular risk associated with silicon dioxide nanoparticle exposure and discover the mechanisms behind Si02’s induced atherogenic effects on macrophages. We also wanted to use nanoparticles as a model for ultrafine particle (UFP) exposure as cardiovascular disease risk factors.”

Both NPs and UFPs can be inhaled and induce negative biological effects. However, until this study, their effect on the development of atherosclerosis has been largely unknown. Here, researchers have discovered for the first time that the toxicity of silicon dioxide nanoparticles has a “significant and substantial effect on the accumulation of triglycerides in the macrophages,” at all exposure concentrations analyzed, and that they also “increase oxidative stress and toxicity.”

“The number of nano-based consumer products has risen a thousand fold in recent years, with an estimated world market of $3 trillion by the year 2020,” conclude the researchers. “This reality leads to increased human exposure and interaction of silica-based nanoparticles with biological systems. Because our research demonstrates a clear cardiovascular health risk associated with this trend, steps need to be taken to help ensure that potential health and environmental hazards are being addressed at the same time as the nanotechnology is being developed.

The above story is based on materials provided by American Technion Society. The original article was written by Kevin Hattori. Note: Materials may be edited for content and length. 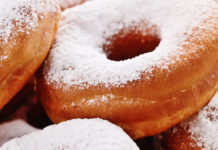 No big deal: there is little to fear from nanoparticles in food 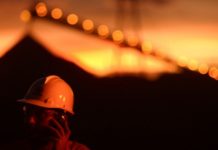 Adani Carmichael mine: residents urged to get health checks