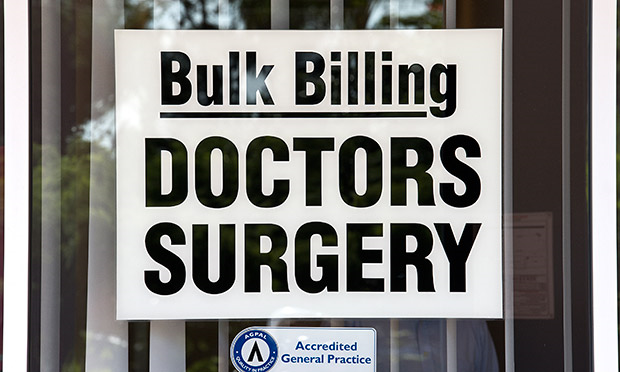 Doctors are planning public demonstrations over the Abbott government’s proposed Medicare changes as they ramp up a lobbying campaign against a policy they claim is the greatest threat to general practice in a decade.

The “plan B” saves $3.5bn over the next four years – almost as much as the original budget policy to introduce a $7 GP co-payment which was blocked in the Senate. But it achieves the savings by reducing or freezing Medicare rebates paid to doctors, leaving it up to the GPs to decide whether to pass on the costs to patients.

Owler said the changes would vastly reduce the level of bulk billing and force doctors to charge patients a co-payment of at least $20 or $25 a visit, or in some areas to shut their practices because they would no longer be viable.

“I have not seen doctors this angry in more than a decade,” Owler said, outlining a campaign that includes posters and information packages in GP surgeries, organised lobbying of local members and a series of public demonstrations which he predicted would be attended by “hundreds if not thousands of doctors”.

The Royal Australian College of General Practitioners is also urging GPs and patients to protest against the changes – plastering surgeries with posters telling patients “You and your GP have been targeted” and warning they are about to have to pay more.

Doctors are most angry about a plan to reduce the rebate for consultations lasting less than 10 minutes by $20, from $37 to $16.95, which takes effect from 16 January and according to the doctors will cost GPs $500m this year.

The rebate cut can be disallowed by the Senate, but neither Labor nor the Greens have made a decision about whether they will vote against it.

“If they are serious about saving Medicare they will vote to disallow it,” Owler said. “I would be shocked if they didn’t.”

The government says the change will help improve the quality of care and both Labor and the Greens are considering that argument, but Owler said the changes had nothing to do with health policy and were only motivated by a need to find savings for the budget.

The Senate has no power to overturn a second measure – to continue for two more years a freeze on all Medicare rebates instead of indexing them to keep pace with inflation – which will raise a further $300m.

Labor, the Greens and crossbench senators have vowed to disallow a third measure – to cut GP rebates for general patients by another $5, which will be introduced in July. But fears are growing that the government could try to “play chicken” with the Senate – forcing it to take the untenable step of abolishing all Medicare rebates if senators try to oppose the $5 rebate cut.

If the government chooses to present a regulation including Medicare rebates minus a $5 reduction – rather than present the proposed reduction separately – the Senate could face the prospect of letting the reduced payments go through or leaving doctors and patients with no rebate at all.

The Greens senator Richard Di Natale said he hoped the government would not try to play a “game of brinkmanship with the health system” to force its controversial policy through.

“We are seeking advice … but it does appear they could try to play a game of chicken and leave the Senate with the option of supporting the co-payment or preventing anyone from getting paid Medicare rebates at all.”

The independent senator Nick Xenophon warned that “what might look like a technical masterstroke could turn into a political disaster for the government”.

A spokesman for the new health minister, Sussan Ley, did not reply to questions about whether the government would present the rebate cut in a manner that could be disallowed.

More than 80% of visits to the doctor are now bulk billed. Owler said the changes would eventually ensure that the vast majority of adult patients who did not hold concession cards were no longer bulk billed.