(Reuters Health) – People with the itchy skin condition eczema are more likely than others to have osteoporosis – which may be undiagnosed – and fractures, according to a new analysis.

Eczema, which is marked by red, swollen, itchy skin, can be caused by other diseases, irritants or allergies. It is usually treated with topical corticosteroids or oral antihistamines.

“There are a number of reasons why people with eczema may be at higher risk for osteoporosis,” said Dr. Jonathan I. Silverberg of the departments of dermatology, preventive medicine and medical social sciences at Northwestern University in Chicago.

“It may be that chronic inflammation occurring in eczema may directly impact upon bone mineral density,” Silverberg told Reuters Health by email.

People with eczema tend to be more sedentary and exercise less since sweating can worsen the itch, he said. Weight bearing exercise helps maintain bone density.

Silverberg and his coauthor Dr. Nitin K. Garg used the 2005-2006 National Health and Nutrition Examination Survey to analyze national levels of fractures among people with eczema. The surveys include questions about doctor diagnoses of eczema, osteoporosis and fractures of the hip, spine, wrist or other bones. Respondents also underwent bone mineral density tests.

Of the nearly 5,000 people included in the study, seven percent reported a diagnosis of eczema. Nearly a third of the total group had suffered a bone fracture.

For those without eczema, 32 percent had suffered a fracture, compared to 41 percent of those with eczema, according to the results published in the Journal of Allergy and Clinical Immunology.

“Systemic corticosteroid medications, such as oral prednisone and steroid injections, have been shown to decrease bone mineral density,” Silverberg said. “In our study, however, few if any patients were actively using systemic steroids. This suggests that there are additional factors at play.”

Steroids applied to the skin have not been found to decrease bone mineral density, he noted.

The distraction of itchiness, mental health issues associated with eczema and even sleep disturbances that go along with the condition might also contribute to increased risk of injuries, the authors write.

Osteoporosis is a hefty burden on the aging population. For U.S. women over age 55, one study found that bone fractures due to osteoporosis lead to more hospitalizations and greater healthcare costs than heart attack, stroke or breast cancer (see Reuters story of December 12, 2014 here: reut.rs/1qTxb96).

In the present study, people with eczema had lower bone density of the femur (thigh bone), trochanter (part of the femur that connects to the hip) and spine.

“While there are no guidelines on this matter, it is advisable that patients with longstanding moderate to severe eczema, especially those who have taken multiple courses of systemic steroids and tend to have a sedentary lifestyle, should have bone density testing,” Silverberg said.

People with eczema can increase their level of weight bearing activity, avoid repeated courses of systemic steroids and try to better control the condition with topical medications, he said.

“If needed, there are other systemic treatment options available and in development that will improve their eczema without affecting their bones,” he said. 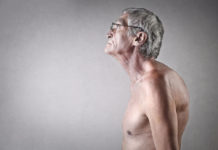