LOCK the kids in the car for an unattended moment and you could be locked in jail for three months, Victorian parents have been warned.

THERE have been four recent incidents of children being left in locked cars in the state as the temperatures approach 40C.

In one case, three children under five were left in a car at a fast food restaurant in Geelong on Friday. Ambulance Victoria state health commander Paul Holman said the practice was risking lives, and parents needed a reminder to not duck into a shop and leave their kids in a car. “I don’t know how many times we have to say: Don’t do it,” Mr Holman told reporters on Saturday. “Small children very quickly will become dehydrated and the consequences – we’ve already seen deaths in the past.” Mr Holman said laws were in place to deal with people who left children unattended without ensuring they were safe. The Children, Youth and Families Act (2005) has penalties of $2214 or three months in jail for leaving a child unattended. Mr Holman urged Victorians to look after each other in the hot weather, with elderly and ill people known to be at particular risk. Victoria’s death rate increased in the days leading up to the 2009 Black Saturday bushfires, showing how a heatwave alone can be deadly. “In 2009, we (had) 370 excess deaths in three days the week before Black Saturday,” he said. Premier Daniel Andrews said Victorians also needed to stay safe around the water as people headed to the beach in the hot temperatures. A 21-year-old St Albans man drowned at Jan Juc beach, south of Geelong, on Friday as many tried to escape the heat with a dip in the sea. A search is also underway for a woman who disappeared at Mornington shortly after 9.30am on Saturday. 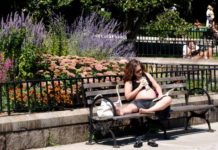 Don’t walk away from the GP co-payment – fix it 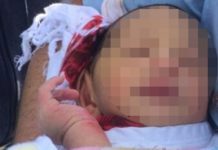 We don’t know why a mum abandoned her newborn baby. But we do know that the system fails mothers