Ebola training has been rolled out across regional WA, in case an infected person slips through airport safeguards.

Medical staff at seven regional hospitals have been drilled in how to isolate and treat a person who presents with suspicious symptoms.

David Gaskell, Kimberley medical director for the WA Health Department, said it was highly unlikely someone with Ebola could slip through the safeguards in place at airports.

But he said it was necessary to have staff across the state aware of how they need to respond in a worst-case scenario.

“If people manage to get through the border controls – which would be extremely unlikely in Australia because of the robust systems in place at airports at shipping lanes – if they somehow get through, and were to present with symptoms of the disease, then we need to be prepared,” he said.

“We need to isolate the patient to stop it spreading, we need to protect staff and other people like family, and we need to care for the person themselves.”

Training has been rolled out at all metropolitan hospitals, as well as those in Broome, Hedland, Kalgoorlie, Geraldton, Bunbury, Albany and Northam.

Symptoms of the disease include fever, muscle pain and vomiting, and usually appear around a week after infection.

The symptoms are relatively common, and more likely to be caused by a different medical condition, like malaria or influenza.

But Dr Gaskell said people who experienced them were being urged to stay home, and telephone their doctor or local hospital, rather than visit in person.

“The first thing to the health care workers will do is ask a detailed travel history, and if the person may have passed through West Africa, then that person, until proven otherwise, may have the disease,” he said.

“And we’d tell them to stay at home… we’d prepare our local hospital, get ready with staff wearing correct equipment, find an isolating room, and we’d make sure arrival areas were cleaned of people and have the right scripts to hand.”

Once a possible Ebola victim has been safely delivered to hospital, blood samples would be rushed to a capital city for testing.

If Ebola is confirmed, plans are in place for the Royal Flying Doctor Service to transport the patient to Perth.

Mr Gaskell said this could happen in a way that ensured RFDS staff were safe.

“The RFDS would dispatch a plane, and on that would be a specific pod, an isolating pod, in which we could cater for people in a negatively air pressured environment,” he said.

“Then we’d be able to stabilise the person, and take the person down to Sir Charles Gardiner hospital for adults and pregnant women, or PMH if it’s a child, and that’s where in an isolation unit the patient would be managed.

“So a huge amount of work has and is going into setting up contingency plans.” 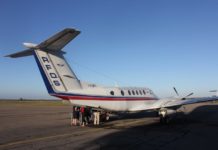 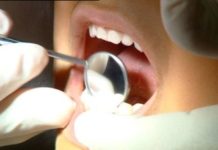