Violence is a leading international public health problem, according to a new report by the World Health Organization.

The “Global Status Report on Violence Prevention 2014” reveals that 475,000 people were murdered in 2012, and homicide is the third leading cause of death globally for males aged 15–44 years, highlighting the urgent need for more decisive action to prevent violence.

Despite indications that homicide rates decreased by 16 percent globally between 2000 and 2012, violence remains widespread, says the WHO. “[D]eaths are only a fraction of the health and social burden arising from violence,” the report reads. Non-fatal acts of violence take a particular toll on women and children. One in four children has been physically abused; one in five girls has been sexually abused; and one in three women has been a victim of physical and/or sexual intimate partner violence at some point in her lifetime, according to WHO figures.

“Violence of all types is strongly associated with social determinants such as weak governance; poor rule of law; cultural, social and gender norms; unemployment; income and gender inequality; rapid social change; and limited educational opportunities,” the report explains. “Cross cutting risk factors such as ease of access to ﬁrearms and other weapons and excessive alcohol use are also strongly associated with multiple types of violence. Together these factors create a social climate conducive to violence, and in the absence of efforts to address them, sustained violence prevention gains are difficult to achieve.”

The effects of violence on physical, mental, sexual and reproductive health often last a lifetime. Violence also contributes to leading causes of death such as cancer, heart disease and HIV/AIDS, because victims are at an increased risk of adopting behaviors such as smoking, alcohol and drug misuse, and unsafe sex.

“The consequences of violence on families and communities are profound, and can result in lifelong ill health for those affected,” says Margaret Chan, WHO Director-General. “Yet we know what works to prevent violence in our homes, schools and workplaces and on our streets and playgrounds. We should take inspiration from governments which have demonstrated success in reducing violence by taking the steps needed. They have shown us that indeed violence is preventable.”

The “Global Status Report on Violence Prevention 2014″ is the first report of its kind to assess national efforts to address interpersonal violence, namely child maltreatment, youth violence, intimate partner and sexual violence, and elder abuse. Individual country profiles reflect the extent to which key violence prevention programs and laws and selected services for victims of violence are being implemented.

The report assessed the scale of implementation of 18 “best buy” violence prevention programs. It shows, for example, that:

“High levels of family and community violence cripple both people’s ability to sustain their individual livelihoods, as well as a nation’s options for political, social, and economic development,” says Helen Clark, Administrator of the United Nations Development Program.

“This report takes stock of the measures countries are taking to prevent and respond to interpersonal violence, but the report also reveals gaps in global violence prevention which must be filled, such as the quality and reach of prevention programs, the access to services for victims, particularly for women and girls who are disproportionately affected by violence, and the enforcement of existing laws.”

Gaps in the law

The report also reviewed 12 laws which are relevant for violence prevention. It shows, for example, that:

On average 80 percent of countries have enacted each of these 12 laws relevant for violence prevention. However, almost half of countries report that these laws are not fully enforced.

“Laws protecting citizens against violent crime send a clear message to society about what is acceptable,” said Yury Fedotov, Executive Director of the United Nations Office on Drugs and Crime. “With this … new global status report, we have a useful tool for identifying the gaps in legislation and enforcement in countries, which can help to indicate what further action is needed to ensure reductions in violent crime.”

Here in the U.S., school violence and gun-related injuries rank among the top concerns for parents, and for good reason — according to a recent study, nearly 80 percent of deaths among Americans under the age of 30 are due to violence or injury. The U.S. also has one of the highest firearm homicide rates in the industrialized world, with more than 30,000 Americans killed by guns each year and another 60,000 suffering severe gun-related injuries. And the number of children hurt and killed by guns each year makes the U.S. a world leader in child gun violence.

Caring for victims of violence

Providing care and support to victims of violence is important for reducing psychological trauma, helping victims heal, and preventing further involvement in violence, the report notes. However, despite strong evidence linking experiences of violence to mental health problems, the report found that under half of countries have mental health services to address victim needs, with only 15 percent of countries in Africa offering such services. Just over two thirds of countries make available child protection services and medico-legal services for victims of sexual violence.

The release of the new WHO report comes just two weeks after the publication of a series of studies highlighting the “unacceptably high” global prevalence of violence against women. The series, entitled “Violence Against Women and Girls,” called the violence a “global public health and clinical problem of epidemic proportions” and said the response to it has been “grossly inadequate.” 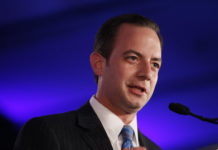