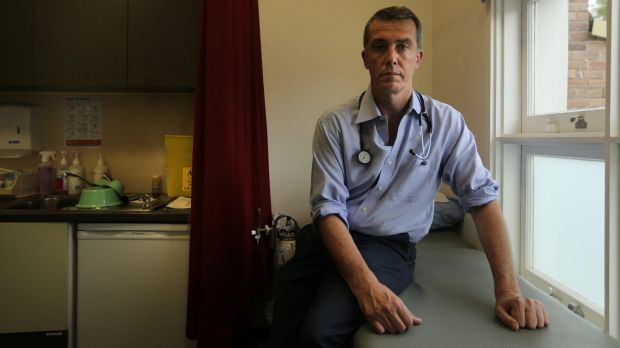 The federal government’s revised co-payment plan sees general practitioners facing a dilemma. The new plan, which exempts children and pensioners, gives doctors the option to either continue bulk-billing patients and cover the $5 cut to their rebate, or charge the patient a $5 “discretionary” fee.

Patients and GPs say the new plan leaves doctors  with no option.

“All it’s done is shift the responsibility onto doctors,” said Ms Donna Rawlins, 58, from Newtown. “If they don’t want to charge patients that $5 then it’s their income that goes down.”

Dr James Best, a general practitioner in Leichhardt, called the new co-payment plan “appalling” and “unjust”. And he says doctors will bear much of the financial burden.

“General practitioners are very attached to their patients, so inevitably it will be a financial hit for them,” said Dr Best. “[But] I don’t think anyone can expect a professional to take a 13 per cent pay cut, so some of the costs will have to be handed to patients as well.”

Dr Nino Sar-Cordeiro, who owns a practice in Campbelltown, agrees with the new plan and believes it is essential to the long-term sustainability of Medicare.

“I’m very sensitive to people’s needs and economic situation,” he said, “but to make Medicare sustainable over the long term people have to start to pay a little bit towards it because the government doesn’t have unlimited money to spend on social welfare and we have a very good Medicare system here.”

“People are going to the doctor now more than ever,” he said. “Changes need to be made in the system to compensate for it.”

However, Leichhardt general practitioner Dr Linda Mann says the new plan will affect families caring for disabled children in particular, who rely on bulk-billing to counteract their huge medical expenses.

“A practice like ours, that supports children with disabilities, helps those families who are already facing huge medical costs by bulk billing the whole family,” she said.

“Often the child may have a health care card but not the parents and siblings.”

Dr Mann said she is concerned that general practice, “the place where the most effective preventive care occurs”, is being unnecessarily targetted.

“The difference for seeing specialists is measurable in multiples of the rebate – up to 10 times what the government pays. Why then is the “price signal” all to be applied to general practice?”

Dr Kenneth McCroary owns a mixed billing practice in Campbelltown so he already charges patients without a health care card. Despite this, he says he still runs the practice at a loss.

“The ones that require most of our effort and input for their chronic conditions are the ones that are usually health card holders,” said Dr McCroary.

“It takes longer to treat them, more complex consultations and often dressings and other equipment, so we operate on a loss. So we don’t have any option but to privately bill those [without] health care cards who are lucky enough to earn a working income and ironically on average [are] healthier.”