Opposing views on the potential impact of electronic cigarettes on public health are published in the open access journal BMC Medicine. The commentaries, by two experts, differ in their views on the topic but are united in their call for a rational discussion based on evidence.

The authors examine the WHO’s recommendations earlier this year. One recommendation was that smokers should not use e-cigarettes and has now been withdrawn, and the other is that policymakers should implement their strict regulation, which is still in force.

In one of the commentaries, Peter Hajek, professor and director of the Tobacco Dependence Research Unit at Queen Mary University of London, says: “There are currently two main products competing for smokers’ custom. One, the conventional cigarette, is responsible for disease and premature death in a substantial proportion of its users. It also continues to recruit new customers from among non-smoking children who try it. The other, the e-cigarette, is orders of magnitude safer. On current evidence it only appeals to smokers and generates negligible rates of regular use among non-smoking children who try it. Which one would you prefer your nicotine addicted father to use? And if your children were to try a nicotine product, which of these two would you prefer that they lay their hands on?”

He continues: “For a negative impact, e-cigarettes use would have to generate an increase in use of cigarettes. This appears a highly improbable concern. There is no precedent for a safer technology to increase the use of its less safe competitor.”

In her commentary Charlotta Pisinger, associate professor, senior researcher at the Research Centre for Prevention and Health, Glostrup Hospital, Denmark, offers an opposing view: “When we compare with a conventional cigarette, the most harmful legal product on the market, everything seems harmless. For a smoker reluctant to stop smoking the e-cigarettes will most probably be a less harmful alternative — but we cannot focus on these smokers only….The potential health benefits obtained by some smokers must out-weigh the potential harm by use of ex- and never-smokers, of smokers who intended to quit but switched to e-cigarettes, of smokers’ dual use and of eventual re-normalization of smoking.”

She concludes: “Most probably e-cigarettes are less harmful than conventional cigarettes, but they can hardly be called safe. Consequences of e-cigarettes use must be viewed in a long-term public health perspective, including both smokers and non-smokers.”

Much of the current research in this area can suffer from methodological limitations, significant conflicts of interest and inconsistent results. To address these issues so that evidence-based decisions can be made, BMC Medicine has launched an article collection on the topic. The commentaries by Peter Hajek and Charlotta Pisinger are the first in a series of debates in this special article collection. Further critiques from invited experts will be published in due course on a spectrum of topics about e-cigarettes, from research agendas, health policies and regulation, to psychiatric and public health outcomes.

The above story is based on materials provided by BioMed Central. Note: Materials may be edited for content and length. 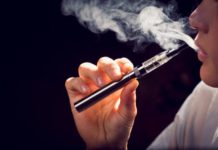 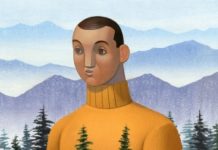 Are people living at higher altitudes less likely to get lung cancer?