SEVERE infections and blood poisoning may be more common in Aussie and Kiwi kids, but the risk of dying is much lower.

A STUDY published in the Lancet found 97,127 Australian and New Zealand children were admitted to intensive care for blood poisoning or severe infections from January 2002 to December 2013.

The rate of invasive infections – including meningitis, sepsis and septic shocks – increased each year compared with the population, the study found. Newborn babies in their first month of life made up an increasing proportion of invasive infections when the first half of the 12-year period was compared with the second half. But the risk of death decreased significantly for invasive infections and sepsis, falling by about one-third from 2002 to 2007 compared with 2008-2013. The study put the improvement down to an overall trend in improving mortality for pediatric and adult intensive care patients. But the authors found severe infections still presented a major health problem, causing about a quarter of pediatric intensive care unit deaths. The authors estimate the conditions cost Australia and New Zealand a combined amount of more than $A28 million each year. 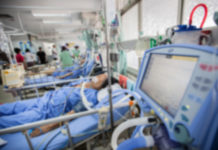 What are septic shock and sepsis? The facts behind these deadly conditions 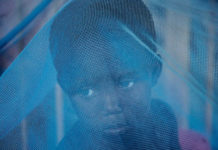 1,200 Children Die Of Malaria Each Day. Here’s How We Can Change That