(Reuters Health) – Cardiovascular screenings are a cost-effective way to identify middle-aged athletes who may risk heart attacks or strokes by participating in high-intensity sports, a new study suggests.

“I would suggest that all middle-aged athletes should be screened at least once, particularly men over 40 and women over 50,” said the study’s lead author, Dr. Andrea Menafoglio, a cardiologist at Ospedale San Giovanni in Bellinzona, Switzerland.

While the benefits of regular exercise are well known, vigorous physical exertion can be life-threatening for older athletes who may not realize that they have an underlying heart condition. Guidelines in Europe and the U.S. urge cardiovascular risk evaluations for middle-aged athletes, but researchers say the recommendations aren’t universally followed because widespread implementation hasn’t proved effective or affordable.

To see if widespread screening could detect hidden symptoms and risks for heart disease at a reasonable price, Menafoglio and colleagues at three hospitals in Switzerland evaluated 785 athletes between the ages of 35 and 65.

Each of the athletes reported spending at least two hours a week participating in high-intensity sports such as running, cycling, triathlon, football, swimming, tennis, climbing, or cross-country skiing.

The initial evaluation included a personal and family history, a physical exam, and a resting electrocardiogram, or ECG. For each participant, the researchers also estimated the risk of death from cardiovascular disease within the next 10 years based on gender, age, cholesterol level, blood pressure, and smoking habits.

Overall, the cost of screening averaged $199 per athlete (about 160 euros), because most athletes didn’t need any testing beyond the initial evaluation.

Overall, the screenings caught previously undetected cardiovascular abnormalities in about 3 percent of participants and a high cardiovascular risk profile in about 4 percent.

Just three athletes had abnormalities that made it too dangerous for them to continue their exercise routines.

Spread over the entire study population, each new discovery of cardiovascular abnormality or risk cost $5,052.

“The cardiovascular screening examination seems to be feasible at reasonable costs,” his team wrote in the British Journal of Sports Medicine.

Heart disease and stroke are two of the leading causes of death in the U.S., where about 83.6 million people are living with cardiovascular disease or the after-effects of a stroke, according to the American Heart Association. Direct and indirect costs of cardiovascular diseases and stroke total more than $315.4 billion, including medical expenses and lost productivity.

The researchers acknowledged several limitations of their study. For one thing, most of their subjects were white males. Black athletes, they point out, have a higher rate of abnormal ECGs, which could potentially increase the number of tests needed and the cost of evaluation. Also, the risks of smoking may have been underestimated because former smokers were considered non-smokers if they quit more than five years ago.

“While the study generally may be applicable across the board, to get specific answers we must have a diverse population because genetic factors as well as lifestyle factors play a role,” Dr. Vonda Wright, director of the Performance and Research Initiative for Masters Athletes at the University of Pittsburgh Medical Center, told Reuters Health.

Even so, she said, so-called Masters athletes – anyone over 40 – should be screened for cardiac risk before starting exercise for the first time or resuming activity after a long hiatus.

“While high-intensity exercise has been found to reap great training advantages, we do not recommend that Masters athletes or Masters-age people go from sedentary activity to intense activity immediately,” Wright said. “We recommend Masters athletes progress toward high-intensity activity using speed-play techniques such as the running fartlek – mixing sprints or faster runs into long-distance runs.” 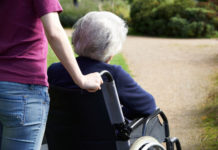 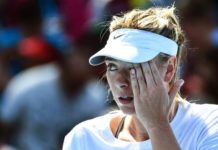 Sharapova, drugs and the nature bias 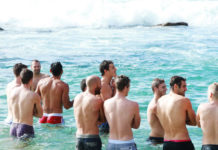