Vitamin D supplements can reduce COPD lung disease flare-ups by over 40% in patients with a vitamin D deficiency — according to new research from Queen Mary University of London. COPD (chronic obstructive pulmonary disease) includes conditions such as chronic bronchitis and emphysema, and is thought to affect more than 3 million people in the UK.

The NIHR-funded randomised trial, published in the journal Lancet Respiratory Medicine, included 240 patients with COPD in and around London. Half of the patients (122) received vitamin D supplements (6 x 2-monthly oral doses of 3mg) and the other half (118) received an equivalent placebo. The risk, severity and duration of flare-ups was then compared between the two groups.

Flare-ups (also referred to as ‘exacerbations’) are when a COPD patient’s usual symptoms (coughing, excess mucus, shortness of breath, tightness in chest) get worse and stay worse, sometimes resulting in hospitalisation.

Patients with a vitamin D deficiency benefited dramatically from taking the supplements but the striking reduction in flare-ups was not seen among patients who had a higher vitamin D status at the start of the trial. However, researchers did find vitamin D supplementation modestly reduced the severity and duration of flare-up symptoms in all patients in the vitamin D group, regardless of their baseline vitamin D levels, compared to the placebo group.

This is the first clinical trial to investigate the impact of vitamin D supplementation on severity and duration of COPD symptoms. One previous trial has linked vitamin D to a reduction in COPD disease flare ups but this was limited to patients with very severe conditions. This trial is larger and studied patients with a much broader spectrum of diseases, ranging from mild to severe.

Professor Adrian Martineau, Lead Author, Queen Mary University of London, comments: “Flare-ups of chronic bronchitis and emphysema (COPD) can be debilitating for patients, sometimes leading to hospitalisation and even death. Our research has shown how an inexpensive vitamin supplement can significantly reduce the risk of flare-ups for patients who are vitamin D deficient, which could have a major public health benefit. Our findings suggest that patients with COPD should have their vitamin D status tested and should begin taking supplements if their levels are found to be low.”

The above story is based on materials provided by Queen Mary, University of London. Note: Materials may be edited for content and length. 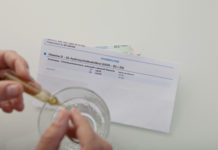 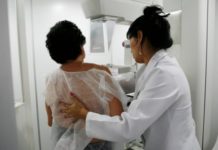