New research involving rats, and published in the December 2014 issue of The FASEB Journal, suggests that if you were born at a low birth weight, supplemental co-enzyme Q (CoQ) may lower your risk for heart disease. This enzyme, which is naturally made in the body, is required to ensure the proper functioning of cell mitochondria and also protects cells from oxidative damage. Feeding low birth weight rat offspring extra CoQ prevented the age-associated damage that causes heart disease. Additionally, the reports shows that CoQ is reduced in white blood cells from low birth weight offspring, and levels of CoQ in the blood can be an indicator of how much damage to the aorta has already occurred.

“We believe our study provides the first steps in the development of a routine diagnostic test for blood coenzyme Q levels which can be used to identify individuals who are at risk of cardiovascular disease later in life,” said Jane L. Tarry-Adkins, a researcher involved in the work from the Institute of Metabolic Science at the University of Cambridge Metabolic Research Laboratories in the United Kingdom. “Additionally, simple co-enzyme Q supplements may be able to lower these individuals risk.”

To make their discovery, Tarry-Adkins and colleagues fed pregnant rats either a control diet or a diet that had the same total calories but contained less protein and more carbohydrates. The mothers fed the low protein diet had pups which had a low birth weight but grew quickly when suckled by a control fed mother. Researchers examined the aorta from the rats which were born small and grew very quickly after birth and showed that their cells aged more quickly than those from the normal birth weight offspring and that this was associated with a deficit in co-enzyme Q, in both the aorta and in the blood compared to the normal birth weight rats. Administering extra coenzyme Q in their diet from weaning prevented the accelerated aging of and damage to their aortas.

“Coenzyme Q is in the drug store now, but if you think that what you buy is going to keep you from having a heart attack or stroke, don’t get your hopes up just yet,” said Gerald Weissmann, M.D., Editor-in-Chief of The FASEB Journal. “This promising research was conducted in rats, and if it also applies to people, still doesn’t tell us how much to take, for how long, and if it’s safe for these purposes. We’ve got a long way to go on this one, but so far, so good!”

The above story is based on materials provided by Federation of American Societies for Experimental Biology. Note: Materials may be edited for content and length. 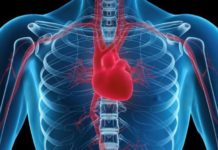 Preventing metabolic disease may start in the womb… of your grandmother

Co-payments will kill us all! Well, some of us, anyway……