Life-threatening brain injuries are thankfully rare in cricket and other sports, even those that involve collisions. But Australian cricketer Phillip Hughes Hughes’ tragic accident yesterday shows how little control players have over these events.

It also highlights the importance of getting immediate medical attention whenever someone suffers a blow to the head that leads to altered consciousness.

Even momentary confusion, dizziness, changes in balance, vision or speech suggest that the connections between areas of the brain may have been stretched or sheared. In some cases, the delicate blood vessels that keep oxygen, specialised chemicals and fuel supplied to the brain will have ruptured.

Traumatic brain injury (TBI) is the class of conditions that result from objects – such as a high-speed cricket ball – striking the head, or the head striking the ground or some other object such as another player’s knee. The damage can include a fracture to the skull or involve the brain slamming against or rotating rapidly inside its bony carrying case.

We don’t know exactly how many TBIs occur in Australia each year. Many aren’t reported. The cases treated in emergency departments are the ones typically counted in most research.

We do know that rates of injury in Australian sports are highest for motor sports, equestrian activities, Australian football, rugby and roller sports. Injury reports are increasing at the highest rate for roller sports, rugby, soccer and cycling. Researchers take into account the increases in player numbers, so the increase could be explained by coaches, parents, GPs and players becoming more aware of the importance of getting head injuries checked out properly.

Hospitalisations for head injuries during cricket decreased slightly during the period investigated: 2003 to 2011.

It’s important for clinicians to determine whether the TBI is associated with bleeding or swelling inside the skull, or fractures than can lead to life-threatening problems or infection. It may not be apparent to onlookers but bleeding will appear if a head scan is done at the emergency department.

The brain can swell just like an ankle will after being traumatised. But in the skull, there is no room for the tissue to expand. This increasing pressure has to be relieved, as the container for the brain is inflexible. Additional fluid can press downward on vital brain regions that control consciousness, breathing and heart functioning.

In the case of cricketer Hughes, emergency surgery was required to relieve this pressure. Medical staff placed him in what is called an induced coma. Sometimes the person’s body temperature will also be reduced to slow down the amount of brain and body activity. These approaches reduce the demands on brain tissue.

If the brain is trying to function normally it requires increased blood flow. Reducing brain functions, via drugs typically used as surgical anaesthesia, means the brain can rest. This allows for normal recovery mechanisms to regulate blood pressure and chemical messenger systems that allow nerves to communicate.

The length of the induced coma and outcomes following this treatment vary and depend on how quickly brain swelling decreases and how much brain damage occurred.

Most TBIs are considered “mild” as they don’t include fractured bones in the skull or face, or ruptured brain blood vessels. However, these seemingly insignificant knocks to the head, usually called concussions, can have serious consequences.

Concussion can affect how fast someone responds to risks if they return to the playing field or into a car to drive before fully recovering. The person may experience a wide range of symptoms that affect thinking, emotions and behaviour even after the immediate symptoms of headache, dizziness, visual disturbances, or sleep problems go away.

For the first few days, mental and physical rest is essential. Mild TBIs typically resolve within two weeks with no noticeable long-term effects. But it’s important to listen if someone continues to complain about symptoms that may return once they start back at work, return to physical activity or take on a full academic load again.

Hughes was wearing an approved helmet for his sport but suffered a blow to the base of his skull, which was unprotected as he instinctively turned to avoid the ball. Hard-shelled helmets with face masks used in cricket and American gridiron protect the front, sides and top of the head. These help reduce facial and skull fractures but typically do not reduce risk of concussions.

While dense foam helmets used in contact sports such as rugby may reduce lacerations, there is no evidence to suggest they reduce risk of TBI.

It’s important to take any blow to the head or face that leads to altered consciousness seriously. The person does not need to be knocked out. A trip to the emergency department may be all that is required to rule out dangerous changes in brain function that can occur after the injury.

James Donnelly previously received funding for research into concussion in children from the Sylvia and Charles Viertel Foundation. He has research collaborations with Dr Andrew Gardner and NeuroGard but has no current financial interests. 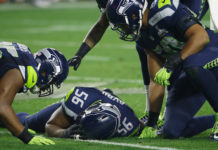 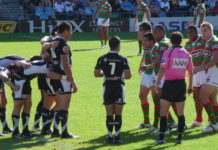 Prescription drugs in sport: kill the pain, not the player 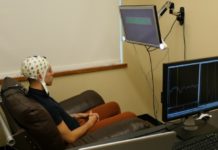 Brain-To-Brain Communication May Soon Be A Reality