Schools offering Breakfast in the Classroom (BIC) had higher participation in the national school breakfast program and attendance, but math and reading achievement did not differ between schools with or without BIC, according to a study published online by JAMA Pediatrics.

BIC is usually served in the classroom at the start of the school day and is typically a universal free meal. Evidence suggests breakfast may improve cognitive function and other outcomes for children and has been used to argue for the expansion of such programs to try to narrow the achievement gap between underserved children and their more affluent peers. However, more evidence is needed to draw causal inferences about the long-term impact of school breakfast on academic outcomes, according to the study background.

Stephanie Anzman-Frasca, Ph.D., of ChildObesity180, Tufts University, Boston, and co-authors used data from 446 public elementary schools in a large, urban school district in the United States to look at the impact of BIC on participation in the School Breakfast Program (SBP), school attendance and academic achievement. A total of 257 schools (57.6 percent) implemented a BIC program during the 2012-2013 academic year but 189 schools (42.4 percent) did not.

The study found that BIC was linked to increased participation in the SBP during the academic year with average participation rates of 73.7 percent in the BIC schools vs. 42.9 percent in schools without BIC. Grade-level attendance rates also were higher for the BIC schools compared with non-BIC schools across the school year (95.5 percent vs. 95.3 percent). Although the group differences in attendance were not large in the study, they reflected 76 additional attended days per grade per month. However, there were no differences in grade-level standardized test performance in math or reading.

“Additional research is needed to examine impacts on academic achievement across different demographics and for longer periods and on outcomes in other domains, such as energy balance. Continuing the expansion of this evidence base can inform policy decisions and promote the health and well-being of the whole child,” the study concludes.

Editorial: Breakfast is Still the Most Important Meal of the Day

In a related editorial, Lindsey Turner, Ph.D., of Boise State University, Idaho, and Frank J. Chaloupka, Ph.D., of the University of Illinois at Chicago, write: “In this issue, Anzman-Frasca and colleagues at Tufts University provide even more evidence about the importance of school breakfasts.”

“Although Anzman-Frasca and colleagues did not replicate previous findings that breakfast improved academic achievement, this should not be interpreted as a lack of benefit for breakfast programs. … In the current study, academic achievement was measured with standardized tests administered in spring 2013, which was concurrent with the time of year when participation in the SBP peaked. Given the likelihood that program implementation may need to be sustained for several months to affect achievement tests, another interesting approach would be to examine test scores during a subsequent school year when the SBP intervention is relatively mature, thus allowing the intervention dosage to be high and sustained during most of the school year,” the authors note.

“Finally, innovative breakfast programs, with their wide reach and high implementation rates, have the potential to address the achievement gap in the United States,” the authors conclude.

Study: School Lunches from Home Not Up to National Lunch Program Standards

Lunches brought from home by elementary and middle school students are not measuring up to the National School Lunch Program (NSLP) guidelines used for meals served in schools, according to a study published online by JAMA Pediatrics.

In 2010, Congress passed the first update to the U.S Department of Agriculture’s core children’s nutrition program in more than 30 years. That included new requirements for school meals. Major changes included minimum and maximum calorie allowances, increased servings of fruits, vegetables and whole grains, a gradual reduction in sodium and the elimination of high-fat milk. While the new regulations changed school meals, they did not address food brought from home for lunch.

Michelle L. Caruso, M.P.H., R.D., of the Houston Department of Health and Human Services, and Karen W. Cullen, Dr.P.H., R.D., of the Baylor College of Medicine, Houston, examined lunches over two months brought from home by students at eight elementary (kindergarten to grade 5) schools (n=242) and four middle (grades 6-8) schools (n=95) in a Houston area school district on the basis of quality and cost. Nutrient and food group content were compared with the current NSLP guidelines. Per-serving prices for each item also were averaged.

Editorial: A Look at the New School Lunch Criteria

In a related editorial, Virginia A. Stallings, M.D., of the Children’s Hospital of Philadelphia and University of Pennsylvania, writes: “Future studies and educational activities are needed to encourage families who choose to provide lunch from home to prepare meals that are similar to the NSLP diet patterns and the health promotion goals. Little contemporary information is available about families and students who choose not to participate in the school lunch and may result in less healthful lunch alternatives or skipping lunch.”

The above story is based on materials provided by The JAMA Network Journals. Note: Materials may be edited for content and length. 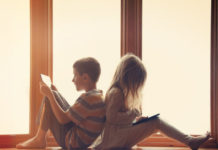 Is two hours of screen time really too much for kids? 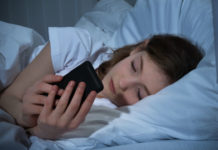 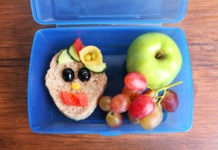 Forget quinoa and kale, these basic foods for your kids’ lunch box will give them the nutrition they need