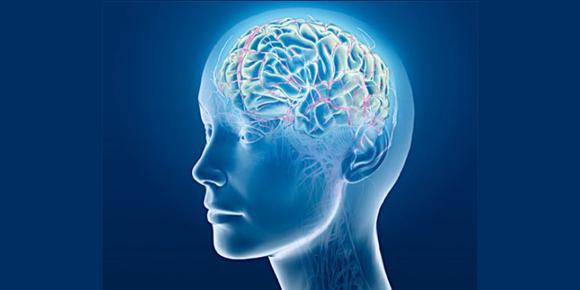 Major depressive disorder should be re-conceptualized as an infectious disease, argues neuroscience specialist Dr. Turhan Canli, PhD, Associate Professor of Psychology and Radiology at Stony Brook University. In a paper published in Biology of Mood & Anxiety Disorders, Dr. Canli suggests that major depression may actually result from parasitic, bacterial, or viral infection. He demonstrates evidence for this proposition using examples that illustrate possible pathways by which these microorganisms could contribute to the etiology of major depressive disorder.

Major depressive disorder (MDD) remains a highly prevalent disease, with an estimated 15 to 20 percent of the population experiencing MDD at some point in their lifetime. Recurrence rates are high — 50 percent for first-episode patients and 80 percent for second-episode patients — and pharmacological therapy, the most common approach to treatment, often proves insufficient. Due in large part to its chronicity, MDD is now the leading cause of disability in the U.S. and the second-leading cause of disability worldwide.

While we know that depression and other mental health problems arise when something goes wrong with brain function, what causes that malfunction remains unknown. However, preliminary evidence suggests that in some people, a serious infection or autoimmune disease could be the trigger.

“Given this track record of MDD, I propose reconceptualizing the condition as some form of infectious disease,” says  Dr. Canli, who is also Director of Stony Brook’s SCAN Center, a member of the Program in Neuroscience, and a Senior Fellow in the Center for Medical Humanities, Compassionate Care, and Bioethics.

In the article, Dr. Canli presents three arguments highlighting why reconceptualizing MDD as an infectious disease may be a fruitful endeavor.

First, he points out that patients with MDD exhibit illness behavior such as loss of energy, and that inflammatory biomarkers in MDD also suggest an illness-related origin. Second, he describes evidence that parasites, bacteria and viruses that infect humans in a way that alters their emotional behavior. Thirdly, Dr. Canli presents the notion of the human body as an ecosystem for microorganisms and the role of genetics.

Dr. Canli’s research builds on a growing body of evidence linking various infectious agents to the development of depressive symptoms. Past studies have shown that many common pathogens — including those that cause syphilis, Lyme disease, HIV and herpes infections — are associated  with an increased risk of MDD and other mood disorders.

The strongest evidence comes from a 2013 study in which researchers investigated the co-occurrence of mental disorders and infectious diseases in the Danish population. Among the 92,000 participants diagnosed with a mood disorder, approximately 36,000 had suffered a severe infection or developed an autoimmune disease (such as type 1 diabetes, celiac disease, lupus, and the like) at some point before being diagnosed with the mood disorder.

Upon analysis, the researchers found that people who had been treated for a severe infection were 62 percent more likely to have developed a mood disorder than those who never had one. An autoimmune disease increased the risk by 45 percent, while multiple infections or the combination of severe infection and an autoimmune disease boosted the odds of developing depression, bipolar disorder, or another mood disorder even further, the results showed.

The team behind that study estimated that in the Danish population, severe infection and autoimmune disease account for approximately 12 percent of mood disorders. However, they were unable to determine causality as the study was observational in nature.

So how might an infection or autoimmune disorder lead to a mood or other mental health disorder? Infection causes localized and body-wide inflammation. Inflammation generates substances called cytokines that have been shown to change how brain cells communicate. In autoimmune diseases, the body’s defense system attacks healthy tissues rather than threatening invaders. It’s possible, then, that in some cases the wayward immune reaction could target brain cells and other nerve cells throughout the body, ultimately leading to pathology in the brain.

Because the causal aspects of MDD and other mood disorders are not clearly defined, research on their etiology remains paramount to help improve treatments and reduce the substantial burden of depressive disorders. Dr. Canli suggests a major research step would be to conduct large-scale studies with depressed patients, controls, and infectious-disease related protocols to determine the association or causal nature of infectious disease and depression.

“Future research should conduct a concerted effort search of parasites, bacteria, or viruses that may play a causal role in the etiology of MDD,” he says.