People whose jobs require more complex work with other people, such as social workers and lawyers, or with data, like architects or graphic designers, may end up having longer-lasting memory and thinking abilities compared to people who do less complex work, according to research published in the November 19, 2014, online issue of Neurology®, the medical journal of the American Academy of Neurology.

“These results suggest that more stimulating work environments may help people retain their thinking skills, and that this might be observed years after they have retired,” said study author Alan J. Gow, PhD, of Heriot-Watt University and the Center for Cognitive Aging and Cognitive Epidemiology in Edinburgh, Scotland. “Our findings have helped to identify the kinds of job demands that preserve memory and thinking later on.”

Researchers also had IQ scores from tests taken when the participants were 11 years old.

The study found that participants who held jobs with higher levels of complexity with data and people, such as management and teaching, had better scores on memory and thinking tests. The results remained the same after considering IQ at age 11, years of education and the lack of resources in the environment the person lived in (based on information from the area in terms of crime and access to services, for example).

Overall, the effect of occupation was small, accounting for about 1 percent to 2 percent of the variance between people with jobs of high and low complexity, which is comparable to other factors such as the association between not smoking and better thinking skills in later life.

Researchers have debated whether a more stimulating environment may build up a person’s “cognitive reserve,” acting as a buffer allowing the brain to function in spite of damage, or whether people with higher thinking skills are those who are able to go into more challenging occupations. “These results actually provide evidence for both theories,” Gow said. “Factoring in people’s IQ at age 11 explained about 50 percent of the variance in thinking abilities in later life, but it did not account for all of the difference. That is, while it is true that people who have higher cognitive abilities are more likely to get more complex jobs, there still seems to be a small advantage gained from these complex jobs for later thinking skills.”

The study was supported by Age UK, as part of a wider research program called the Disconnected Mind, with additional support from the Medical Research Council and the Biotechnology and Biological Sciences Research Council.

The above story is based on materials provided by American Academy of Neurology (AAN). Note: Materials may be edited for content and length. 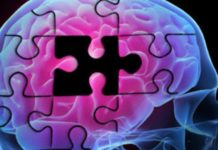