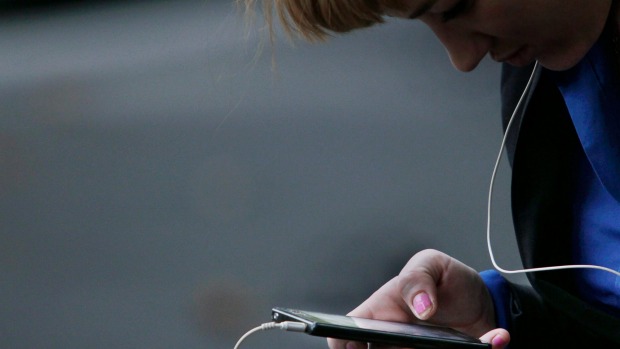 It’s a standard texting position: head down, palm up, reading the latest gossip or news on Twitter and Facebook.

And one new study thinks this could be putting up to 27 kilograms of strain on our necks.

The study by Dr Kenneth Hansraj, published by Surgical Technology International, found the forces placed on the cervical spine by the standard texting mode can be quite heavy indeed.

“The weight seen by the spine dramatically increases when flexing the head forward at varying degrees,” Hansraj writes.

Hansraj says the human head weighs between 4.5 kilograms and 5.5 kilograms, but when the head is tilted to 60 degrees – a standard texting position – the forces on the neck increase to 27 kilograms.

Hansraj also notes the potentially serious health problems that could be caused by increased stress on the cervical spine because of this bent-head posture.

“These stresses may lead to early wear, tear, degeneration, and possible surgeries,” he writes.

“While it is nearly impossible to avoid the technologies that cause these issues, individuals should make an effort to look at their phones with a neutral spine and to avoid spending hours each day hunched over.”

However, before you change the way you use your mobile phone, specialist musculoskeletal physiotherapist Tamer Sabet says there’s not enough evidence to say mobile phone use by itself is a cause of neck problems.

“At an individual level, a head-down position is something patients would complain about as being an aggravating factor for neck pain,” Sabet says.

“But in others, it could be looking up; quite the opposite.”

Sabet says the problem with associating neck pain with just one factor like mobile phone use is that it ignores all the other possible problems which could be causing the pain.

“From a purely physical perspective, the findings of what they’re proposing make sense; however, pain is appreciated to be multidimensional,” Sabet says.

When it comes to risk factors for neck pain, Sabet says non-physical factors like age, sex, type of employment and stress at work are identified, and it could be caused by differing work activities and psycho-social factors.

“There is an increasing body of information on genetic predisposition, personality traits or mood, and physical environment [as being associated with neck pain],” Sabet says.

He says diagnosing neck pain is more than just looking at one factor.

Instead, it involves finding out what’s happening in the patient’s life, their beliefs, as well as looking at their physical movement and posture.

“Waking pain is a typical complaint, so we look at what they’re sleeping on, but also what are the triggers – work stress, mood and personality traits – as well as how they move and how they are holding themselves,” Sabet says.

“Depending on what appears to be the dominant component, we’ll decide if it’s physio, or they need to be managed in a multidisciplinary manner,” he says.

Sabet also says the limitations to the study mean it won’t influence treatment until further research is done.

“It’s theoretical, it’s a mathematical model, and has substantial limitations,” Sabet says. “This is something that certainly needs to be studied further.” 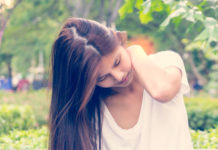 Teenage pain often dismissed as ‘growing pains’, but it can impact their lives 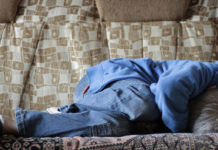 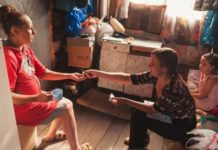