In the United States, there’s a quiet revolution going on. Health insurers are being bypassed as health care providers begin offering their own health insurance.

Without having an agreement with a health care insurer, providers are able to save money and offer lower rates of insurance to their own members. 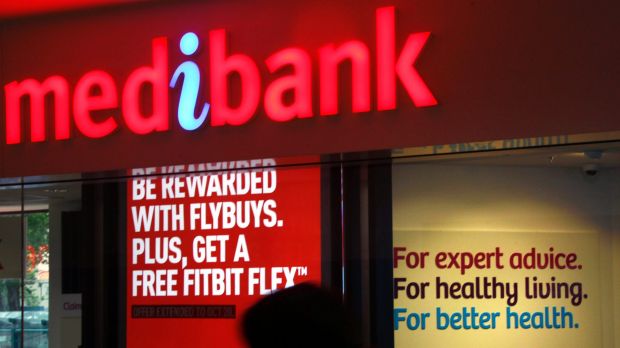 Reports suggest private health insurers could be handed some measure of control over every Australian’s general practitioner – following the US example.  Photo: Reuters

Now the US and Australia have very different health care systems, with the most obvious being the US not having a basic Medicare-style health cover for everyone until recently – and then, not universally. But increasingly in Australia, as health care costs rise, the federal government has little choice but to push more of the expense onto third parties, including individuals, insurers and the health care providers themselves.

In 2013, total Australian health care costs were estimated to be $147 billion, or around 10% of Gross Domestic Product (GDP) with federal and state governments accounting for 68% of those costs. Health care costs have been growing at around 8% each year over the past decade.

Now reports suggest private health insurers could be handed some measure of control over every Australian’s general practitioner – following the US example. Health Minister Peter Dutton has publicly made the case for private insurers to become more involved with general care.

One of the first steps is likely to be the controversial decision be to allow health funds to run Primary Health Networks (PHNs). PHNs are basically taking over from 61 Medicare Locals, which are government centres that plan and coordinate services between GPs, health care providers and hospitals around the country.

Doctors are concerned that this could lead to the introduction of managed care such as in the US, where health insurers can intervene in the treatment of patients. And while that has had a lot of successful outcomes in the US, Australian Medical Association president Professor Brian Owler says he has strong reservations over allowing private health insurers to run PHNs.

Mr Owler has been quoted as saying that it was very clear that Medibank Private wants to be able to direct patients to certain specialists, doctors or other health care providers.

One of the key strategies is to limit claims growth. With around 2.2% of policyholders accounted for 35% of all claims between 2010 and 2013, it’s no surprise that Medibank is looking at ways of ‘managing’ these policyholders. The company’s prospectus states:

What is not clear though, is what ‘support’ Medibank is suggesting.

Medibank has also indicated it will take a hard line when negotiating agreements with private hospitals. Last financial year, Medibank paid around $2 billion to private hospitals, which constitute the bulk of its business relationships. Two of Medibank’s largest private hospital agreements are with Ramsay Health Care (ASX: RHC) and Healthscope (ASX: HSO).

Late last year, Medibank had a very public stoush with Ramsay over how much Medibank would pay for services to its members. Medibank had accused Ramsay of unfairly driving up the cost of a night in hospital, while Ramsay said Medibank had increased premiums by 6%, but was only offering the private hospital operator an increase of 2%.

The two parties reconciled shortly after that and signed a three-year agreement which runs until August 2016. But it serves to show that insurers and health care providers don’t always agree, and why the two sectors appear to be converging.

Primary Health Care (ASX: PRY), which operates medical, diagnostic imaging and pathology centres around Australia, recently acquired Transport Health, a private health insurer. Primary’s chief executive, Ed Bateman noted that the provision of private health insurance is a natural extension of the services offered by the company, and he believes Primary can give all Australians access to an extensive range of affordable healthcare benefits.

The biggest nightmare for Medibank and other private health insurers would be if Ramsay, Healthscope and other large health care providers announce similar insurance offerings. And that wouldn’t augur well for new Medibank shareholders.

Investors, don’t miss out: If you haven’t taken the opportunity to view my brand-new report on Warren Buffett and 2 ASX shares Buffett could love, now is the time. Click here to claim your free copy and discover 2 top ASX picks now.

Mike King is a Motley Fool investment analyst. You can follow Mike on Twitter @TMFGilla. The Motley Fool’s purpose is to educate, amuse and enrich investors. This article contains general investment advice only (under AFSL 400691).