Police in central India have arrested the owners of two drug manufacturing companies, as part of investigations into the deaths of 13 women after sterilisation surgery.

More than 100 women are still in hospital after the botched operations.

The prime suspect is a batch of pills supplied by a small drugs factory, Mahawar Pharmaceuticals, located in Raipur, state capital of Chhattisgarh, one of India’s poorest regions.

The owners of the factory deny all wrongdoing and have been accused of destroying the evidence.

Two more deaths underlined suspicions that it was drugs, not dirty equipment or botched operations, that were to blame.

One of the two, 80-year-old Anjori Maheshwari, arrived at a hospital complaining of fever and dizziness.

He was clutching a strip of pills from the same batch of antibiotics used by the women at the sterilisation “camp”. A day later he was dead.

“The doctor said my father died because of this medicine,” Chuni Lal, the man’s 38-year-old son said, as he wept on the veranda of his home.

“What can we do, we are poor people?”

The state government yesterday banned the sale and distribution of all medicines from Mahawar.

‘The government doesn’t admit there is a problem’

Experts have said the government is underestimating the scale of the problem, hampering efforts to rein in abuses in one of the world’s biggest markets for counterfeit and substandard drugs.

Stuffed in glossy packaging and sometimes labelled with the names of legitimate companies, fake drugs are commonly passed off to Indian consumers as genuine and sold in developing nations around the world.

Estimates vary of the number of fake drugs in India. According to an estimate from the World Health Organisation, one in five drugs in India is fake or faulty, the Indian government, by contrast, said the figure is closer to 0.3 per cent.

Regulating a sector beset by bribery, collusion, cartels and other coercive practices poses a challenge for Indian government officials when selecting which manufacturers to buy from, a 2013 report by the United Nations Office on Drugs and Crime found.

India’s drug regulator was criticised for only having 124 employees, according to a parliamentary report two years ago.

By comparison, the drugs regulator in the United States, where the population is four times smaller, has about 14,500 employees.

“States procure medicine through a tender and the manufacturers that bid the lowest quote win the order to supply, regardless of their manufacturing process or distribution systems,” Bejon Kumar Misra, head of Partnership for Safe Medicines India, a non-governmental organisation said.

But GN Singh, the Drugs Controller General of India, said quality and safety came before price in the tender process.

“If the drugs are found to be substandard, we will suspend the license of the manufacturer,” he said.

Some experts fear complacency is a factor.

“There is a lack of regulatory oversight and if you are cutting the costs right down to the bone, then sometimes you are cutting too far,” Roger Bate, an academic at the American Enterprise Institute in Washington, said.

“I don’t see it getting better, because the government doesn’t admit there is a problem, let alone trying to address it,” he added.

Reliable estimates of the number of fatalities from tainted drugs are hard to come by.

In one of the worst cases, counterfeit drugs were blamed for contributing to the deaths of more than 300 infants in Kashmir in 2012 after they were given medicine at the state’s main paediatric hospital.

“It is an easy crime because it is impossible to tell there is a problem with the drugs just by looking at them,” said Anil Bansal, a doctor at the Delhi Medical Council.

“As the industry becomes more lucrative, the problem is getting worse.” 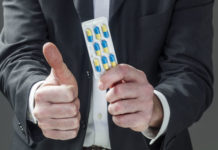 We can’t trust drug companies to wine, dine and educate doctors about the drugs they prescribe 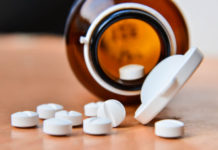 RCEP: the trade agreement you’ve never heard of but should be concerned about