The Y chromosome, that little chain of genes that determines the sex of humans, is not as tough as you might think. In fact, if we look at the Y chromosome over the course of our evolution we’ve seen it shrink at an alarming rate.

So will it one day completely disappear? And what happens to the human race if it does? It’s a topic that’s long been debated and we’ve covered before – but a paper published in Nature this year suggests the degradation of the chromosome has stabilised.

Humans, like other mammals, have what’s called “chromosomal sex”. Women have two copies of a medium-sized chromosome called X (which stands for “unknown” because it was originally a mystery). Males have a single X and a tiny Y.

The X bears about 1,600 genes with varied functions. But the Y has hardly any genes; maybe 50, and only 27 of these are in the male-specific part of the Y. Many are present in multiple copies, most of them inactive, lying in giant loops of DNA. Most of the Y is made of repetitive “junk DNA”. Thus the human Y shows all the signs of a degraded chromosome near the end of its life.

But the Y must contain a gene that determines maleness, because XXY people are male, and XO people with a single X but no Y are female.

We know that at 12 weeks an XY human embryo develops testes, which make male hormones and cause a baby to develop as a male. The identity of this male-determining gene on the Y – the SRY gene – was discovered in 1990 by a young Australian postdoc Andrew Sinclair (a PhD graduate from my lab). Babies with mutations in the SRY gene don’t develop testes, and develop as females.

Sex in other vertebrates

Leave humans for a moment, and you see a huge variety of sex systems.

Some reptiles, fish and frogs are XX female: XY male like humans, but have different sex genes. Other vertebrates, such as birds and snakes, are just the opposite, with ZZ males and ZW females, and the sex gene is different again.

Many reptiles and some fish use environmental cues (usually temperature) rather than genetic triggers to determine sex.

So we are wrong if we think sex determination in human babies is typical of vertebrates.

But back in the world of humans: what befell the Y to make it so much smaller than the X and lose most of its genes?

This means that within the past 166 million years the human Y lost most of its 1,600-odd genes, a rate of nearly 10 per million years.

At this rate, the Y chromosome will disappear in about 4.5 million years. This back-of-the-envelope calculation, inserted as a throwaway line in a little paper in 2002, produced a hysterical reaction and loads of responses. When I talk about the disappearing Y, men in the audience shrink into their seats to protect their manhood.

But why the surprise? Degradation is typical of all sex chromosome systems. Acquisition of a gene that determines sex is the kiss of death for a chromosome, because other genes nearby on the Y evolve a male-specific function, and these genes are kept together by suppressing exchange with the X.

This means that the Y can’t get rid of mutations or deletions or invading junk DNA by swapping good bits with the X.

The poor Y chromosome is also at a disadvantage because it is in the testis every generation. This is a dangerous place to be because cells must divide many times to make sperm, so mutations are much more frequent.

Has the human Y stabilised?

Of course, the loss of genes from the Y is unlikely to be linear. It could get faster as the Y becomes more unstable, or it could stabilize as the Y is stripped to essential genes.

So has the human Y finally stabilised? Maybe loss of any of the remaining 27 Y genes would compromise the viability, or fertility of the bearer. A 2014 paper from Page’s group claiming that the Y is here to stay has unleashed another round of debate, recently aired on US National Public Radio (NPR).

But looking more widely reveals that even genes on the human Y with important functions (such as making sperm) are missing from the mouse Y, and vice versa.

Most spectacularly, species in two rodent groups have lost their entire Y chromosome. Y genes have been either shunted to other chromosomes, or replaced – we don’t know by what. So it must be possible to dispense with the Y and start over again.

A world without men?

If the human Y disappears, will men disappear? If they do, that’ll be the end of the human race. We can’t become a female-only species (as have some lizards, such as the New Mexico whiptail) because there are at least 30 “imprinted” genes that are active only if they come through the sperm. So we can’t reproduce without men.

So does that mean humans will become extinct in 4.5 million years? Not necessarily. The Y-less rodents have evolved a new sex determining gene, so why not humans?

Perhaps this has already happened in some small isolated population, where genetic accidents are much more likely to take hold. We wouldn’t know without screening chromosomes from every human population on the planet.

But a group of humans with new sex determining genes won’t easily breed with humans who retain the present XY system. Children of, say, an XX woman and a man with a novel sex gene, are likely to be intersex or at least infertile. Such a reproductive barrier can drive incipient species apart, as happened with Y-less rodents. So if we return to Earth in 4.5 million years, we might find either no humans – or several different hominid species.

In any case, 4.5 million years is a long time. We have been human for less than 100,000 years. And I can think of several ways in which we are likely to become extinct long before we run out of Y chromosome.

Jenny Graves has received funding from the ARC and NHMRC and is a Fellow of the Australian Academy of Science. 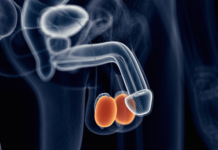 Klinefelter’s syndrome: being unable to produce testosterone has serious implications for men 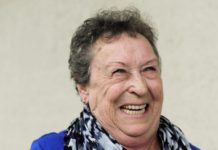 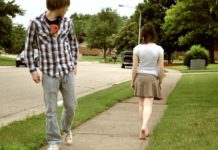