The chief executive of health insurer, health.com.au, Andy Sheats says disgruntled Medibank Private members represent about a third of the customers the start-up is luring to its low-cost online only offering.

The government-owned Medibank, which is cruising towards its $4 billion-plus initial public offering in November, controls about 29.1 per cent of the market with 1.6 million policyholders across its brands, Medibank and ahm. 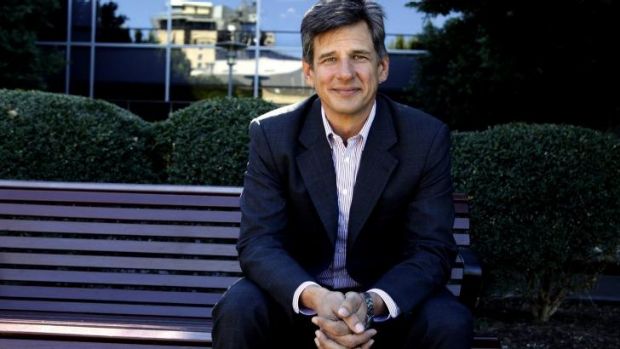 After establishing three years ago, the rapidly growing health.com.au doubled its number of policyholders to 90,000 in the 2014 financial year.

Half of the venture’s new members are customers taking up insurance for the first time, Mr Sheats said.

However of customers that switched to health.com.au from another insurer, about a third come from Medibank, he said. About another third come from the second largest player Bupa. “Those would be our biggest sources of new [switching] customers,” Mr Sheats said.

Most of health.com.au‘s customers come via comparison website iSelect, which has extended a $75 million debt facility to the start-up’s parent company NIA to delay commission payments.

Neither Bupa nor Medibank promote their policies via iSelect, although Medibank sells its budget brand ahm on the website. Mr Sheats said this could put the brands at a disadvantage when customers are shopping around.

“In health insurance, people first go to a brand and then they’re sold a product,” he said. “Three biggest brands are Medibank, Bupa, and… iSelect.”

The former REA Group executive said he was surprised that Bupa did not surpass Medibank for market share in the past year. Medibank maintained its market leading position by booking “an inordinate number of low priced policies” through ahm, he said.

Mr Sheats said the float could benefit his business because it would force Medibank to “be more commercial” in the way it acquires customers. Selling a greater number of ahm policies “drags pricing down and profitability, I think, for the broader industry,” he said.

A Medibank spokeswoman said the insurer had been responding to a rise in customer churn, driven by increased competition and affordability concerns, with its dual brand strategy. Since its repositioning as a “national, essentials-focused” offering in 2013, ahm had grown rapidly, she said. The number of ahm policyholders increased “more than six times faster than the growth of the industry over the 12 months to 31 March 2014,” she said in a statement.

Mr Sheats said the main reason people switch funds is a shock premium increase, unexpected out of pocket costs or a change in lifestyle, like getting married, divorced or having a baby.

One of the main reasons people are attracted to health.com.au, is the start-up pays out the same proportion of costs – no matter which medical practitioner people visit, Mr Sheats said.

Medibank and Bupa, on the other hand, are moving towards promoting networks of preferred practitioners. Customers have no out of pocket costs in the network, but outside of the preferred providers a gap fee is payable.

“We pay 75 per cent, say, of your dentist bill regardless of what dentist you go to,” he said. “That’s a much clearer value proposition than many insurers.”

Of the customers that sign up for the first time, Mr Sheats said he expected the start-up was picking off business from brands like HCF and nib. He said health.com.au moved from the fourth fastest growing fund in 2013, to the second, behind Bupa, in 2014. “HCF and nib moved down [the ranks] and I expect we took those customers,” he said.

With revenue of $59 million in 2013-14 health.com.au remains a minnow compared to the $5.6 billion that Medibank earned in premium revenue. But Mr Sheats already has plans to follow the market goliath down the listing path. One of the benefits of the float is it generates “much greater education and knowledge” of the sector, he said.

“We’re quite a long way out [from an initial public offering],” Mr Sheats said. “It’s not imminent for us, but knowing there is a receptive market for the type of company, the sector that you’re in is fantastic.”