THE Far North is again on measles alert after the Tropical Public Health Services confirmed two likely cases of measles this week.

Two local school kids went to see their GP on October 28 with symptoms of measles.

“The two cases attended a local school on 23 October and 24 October,” he said. “The school, general practice and pathology provider are directly contacting any people who may have been exposed.”

Anyone who shopped at Mt Sheridan on October 26 should be monitoring their health.

Measles is a highly infectious illness that primarily affects the respiratory tract.

While it’s usually non-specific in the first few days, with symptoms including fever, conjunctivitis, a runny nose and cough, measles is identifiable soon after symptoms present as the characteristic red spotty rash appears around the face and neck before spreading around the body.

The Far North was put on measles alert two weeks ago after a person infected with the highly contagious disease flew into Cairns.

It follows a similar scenario in July when a man flew into Cairns from Papua New Guinea, visiting Centrelink and crowded locations before being diagnosed.

A month earlier, health officials had warned of an increasing number of measles cases after a child at Edge Hill State School became infected after a trip to Papua New Guinea.

Queensland has been experiencing regular outbreaks of measles since September last year, primarily in the southeast.

Measles is a rare disease in Australia due to the high proportion of vaccinations.

The measles vaccination is available free from GPs for anyone born after 1966.

Health warning issued after four cases of measles in Sydney 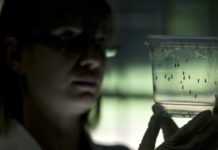 The Latest News On Zika Virus: 5 Things To Know