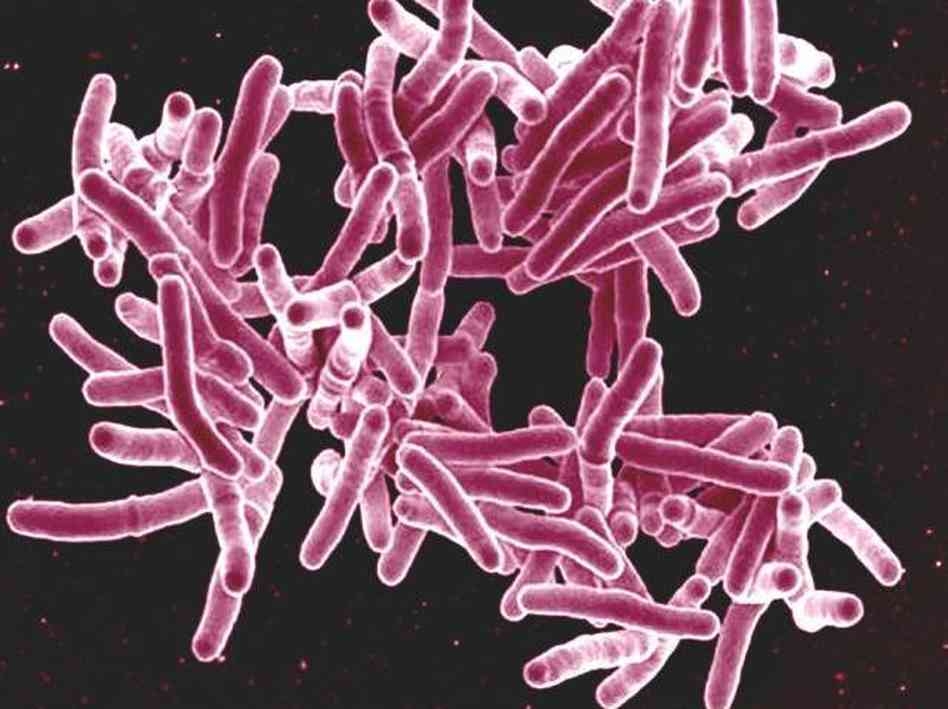 While health officials across the world work overtime to contain the Ebola outbreak, another deadly disease long forgotten in the developed world is making a comeback in the Pacific: tuberculosis. But it appears that some authorities in Australia would prefer that the public not hear much of this.

“I listen to everything that’s going on with Ebola, but we have a crisis right on our front door,” Warren Entsch, an Australia legislator from the Far North Queensland electorate of Leichhardt, told VICE News.

The “front door” Entsch has in mind is the narrow passage of water between Papua New Guinea and Australia known as the Torres Strait. Papua New Guinea has the highest infection rate of tuberculosis outside of Africa — every two hours, a Papua New Guinean dies of the disease.

The situation is particularly alarming because 50 percent of the country’s tuberculosis cases involve a variety of the disease known as multi-drug-resistant TB that has adapted to be immune to most treatments. It’s now evolving into an even more virulent strain known as extensively drug-resistant tuberculosis (XDR-TB).

In late September, a 32-year-old woman from the remote Torres Strait Islands who was being treated in isolation at Cairns Hospital became the first Australian citizen to die of drug-resistant TB. Her name has not yet been released.

“Those people who do not comply with the treatment, or take drugs for an insufficiently long time or in the wrong dosage, may develop resistance to the treatment,” Dr. Pieter van Maaren, the World Health Organization representative for Papua New Guinea, told VICE News. “The problem is not only that the person will develop drug resistance — they may be in a position to spread drug-resistant tuberculosis to others.”

“In Papua New Guinea, the non-compliance rate has been up to 40-50 percent,” he added. “It’s not what we would like to see. Most countries try to reduce the number to less than 5 percent. That would be the ideal situation. If we could get to less than 10 percent, we would be quite happy.”

VICE News spoke to several Australian physicians and public health workers who said that they would like to comment but feared sanction for doing so, saying that the Queensland Health Department was worried about tuberculosis becoming a story. VICE News can reveal that Dr. Stephen Vincent, the director of thoracic medicine at Cairns Hospital, was recently suspended after speaking to the media about the recent developments.

“The horse has bolted. We were trying our hardest to stave off TB getting into Australia, especially multi-drug resistant TB,” he told SBS World News Radio. “There are two factors that are out of our control. One is that PNG has essentially declared a state of emergency as far as TB goes…. The other issue is that there is a free movement of Torres Strait islanders to PNG and PNG nationals to the Torres Strait. And the first case of multi-drug resistant TB that we had up on Saibai had extensive travel over to Papua New Guinea.”

When VICE News asked Cairns Hospital to clarify what was inappropriate about Dr. Vincent’s comments, a spokesperson replied that it was a question for the Queensland Health Department to answer — but when it was contacted, a department representative insisted that Cairns Hospital had suspended Dr. Vincent. Both the hospital and the department refused to comment on the reason for the suspension.

The Queensland Health Department nevertheless wanted to make clear that the threat posed by the disease is minimal.

“In Queensland, the risk to the general public of developing any kind of TB is very low, with around 3.5 cases of TB diagnosed per 100,000 people each year,” VICE News was told. “As a result of the strict controls for the diagnosis and treatment of TB within its borders, Australia generally has one of the lowest rates of TB in the world.”

That said, the department acknowledged in a statement issued mid-month that it had found a disease cluster on Yam Island, roughly 60 miles northeast of Queensland.

“A TB cluster has been identified on Yam Island — population about 360 people — and is currently being managed and contained by health authorities,” the statement said. “Nine people have been identified as belonging to this cluster of TB cases.” It noted that no link had been found to strains afflicting Papua New Guinea.

“There’s been a veil of secrecy around this,” Entsch said. “There’s been a lack of transparency, to the extent that the affected communities don’t know what to look for.”

“A few weeks ago I was up at Yam Island and there were 22 boats there from Papua New Guinea for a wedding, 300 people,” he recalled. “I sat down and spoke with Councilor Getano Lui from the community up there, and he had no idea there was a TB cluster on Yam Island. He even asked what it looked like.”

The councilor afterward criticized the government for the lack of communication.

“Today is the first time the seriousness of this situation has been brought to my attention,” he said. “Until now I have had no idea this was happening, or how vulnerable my community has been to this disease.”

“If we do, there’ll be absolutely no support for these people,” he said. “At least with the border open, stories are coming through and we know what’s happening.”

Dr. van Maaren noted that many Papua New Guineans from the remote western province of the country travel to Australia because of its first-class health facilities.

“You have to realize the infrastructure is not as well developed here as in developed countries,” he said. “Sometimes it takes hours for sufferers to reach healthcare facilities with no transportation. In the remote areas it can take days. The drugs must be taken for six months minimum, daily and under supervision. It just isn’t possible for many people here.”

Entsch, who has warned for the past four years that an outbreak was possible in the Torres Strait, is determined that policy makers must start addressing the problem for the sake of the Papua New Guineans who bear the brunt of a disease that should have been defeated long ago — as well as the Australians who risk contracting it.

“If we fuck it up, they’re the ones who are going to die,” he said.