Senior staff at three Sydney hospitals warned the NSW government a $7 fee for GP visits would leave emergency departments swamped, and children, the poor and the elderly would be worst affected, internal documents reveal.

Health Minister Jillian Skinner has been accused of failing to take the federal government to task over its proposed Medicare co-payment despite a report by her department finding the state’s hospital system would be overrun by 500,000 extra patients a year if it proceeds. 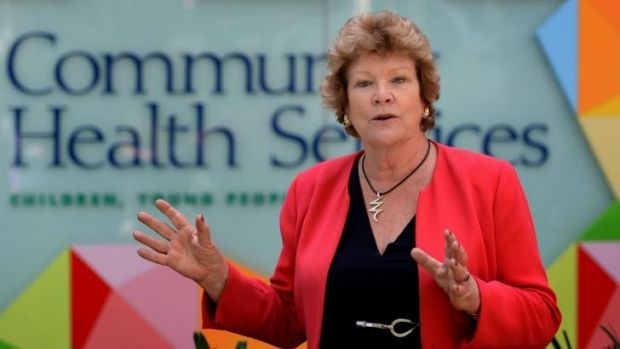 Federal Health Minister Peter Dutton on Wednesday claimed the data, which will do little to help his government’s embattled proposal pass the Senate, was “cooked up by obvious union sympathisers” in the NSW health system.

In a letter to NSW Health officials in August, Sydney Local Health District chief executive Teresa Anderson wrote of “considerable concern” about the potential impact of a GP co-payment, and the effect on emergency departments.

Patients from disadvantaged communities might delay care, “resulting in an increase in the severity of their conditions” and more emergency department patients would lead to “delays … overcrowding and increased demands on staff”.

Feedback from Canterbury Hospital stated that low-income families, including those with children, would be deterred from attending GP clinics.

“This effect has already been demonstrated with families presenting kids with poorly controlled asthma, as parents cannot afford to see a GP for a prescription/medication,” the letter stated.

NSW Opposition Leader John Robertson called on Premier Mike Baird to “stand up to Tony Abbott” and demand the co-payment plan be dropped, adding it would “hurt patients and hospital staff”.

Ms Skinner on Wednesday accused Labor of “scaremongering”, saying the GP co-payment has not passed into law.

The federal government has delayed its passage through the Senate as talks with crossbenchers continue.

At a budget estimates hearing in August, Ms Skinner repeatedly denied her department had modelled the effect of the GP charge on hospitals.

However, as Fairfax Media reported, internal health documents have emerged which forecast at least 500,000 extra patients a year would flood emergency departments at a cost of $80 million.

Despite the fears raised by senior hospital staff and her own department, Ms Skinner conceded on Wednesday she has only written to Mr Dutton once in relation to the GP co-payment. She raised the issue of the effect on immunisation rates, but not emergency departments.

There was a “general discussion” about the co-payment at a meeting of state and federal health ministers in June, she added.

A spokesman for Mr Dutton said the government was “determined to strengthen Medicare and make it sustainable”.