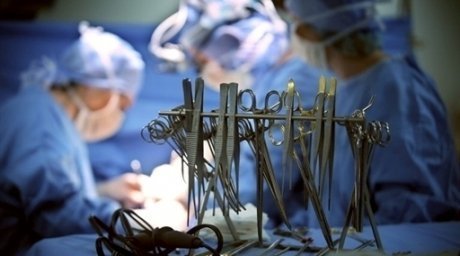 In September, a 36-year-old Swedish woman became the first ever to give birth from a transplanted womb. A new paper published in The Lancet provides a “proof of concept” report on the case.

However, the news of the first baby to be born from a womb-transplant recipient with Rokitansky syndrome brings hope to thousands of women with forms of absolute uterine factor infertility.

The researchers who performed the transplant – from the University of Gothenburg, Sweden – have been investigating the viability of womb transplantation for over 10 years. Before attempting the procedure in humans, the researchers conducted trials in rodents and non-human primates.

In 2013, the researchers initiated transplants in nine women with absolute uterine factor infertility who had received wombs from live donors. The Swedish woman who recently gave birth was one of these women.

Although two of the women in the trial had to have hysterectomies during the initial months – because of severe infections and thrombosis – the team reported success in the other seven women. These women began menstruating during the first 2-3 months after transplant. Although occasional episodes of “mild rejection” were detected in some of the women, the researchers were able to overcome this by prescribing a short course of immunosuppression therapy.

Outside of this trial, only two other womb transplants had been attempted. The first of these required the womb to be removed after 3 months, due to progressive uterine necrosis. The second attempt involved a womb from a deceased donor being transplanted into a woman with Rokitansky syndrome. Although this woman became pregnant twice via embryo transfer, both pregnancies resulted in miscarriage before week 6.

The Swedish woman who gave birth received her womb from a 61-year-old family friend. As the recipient had intact ovaries, she was able to produce eggs, which were then fertilized using IVF prior to the transplant.

A total of 11 embryos were produced and frozen using this method. One year after the womb transplant, one of these embryos was transferred to the transplanted womb.

Dr. Mats Brännström, who led the team of researchers, says that fetal growth was normal through the first 31 weeks of pregnancy. “We found only one episode of mild rejection during the pregnancy that was successfully treated with corticosteroids,” he says, “and the woman was working full time until the day before delivery.”

As a consequence of preeclampsia, the woman was admitted to hospital at 31 weeks and her baby was delivered by cesarean section 16 hours later.

Although an abnormal fetal heart rate had been detected when the woman was admitted to the hospital, in the days after being born, the baby scored as being in perfect health according to the Apgar rating scale for determining the health of newborns. The infant was discharged from the neonatal unit after 10 days, and the researchers say that both mom and baby are continuing to do well.

Dr. Brännström told the Associated Press that it was “a fantastic feeling” to know that his research had led to the birth of a healthy baby boy.

“Our success is based on more than 10 years of intensive animal research and surgical training by our team and opens up the possibility of treating many young females worldwide that suffer from uterine infertility,” says Dr. Brännström. “What is more, we have demonstrated the feasibility of live-donor uterus transplantation, even from a postmenopausal donor.”

In addition to offering hope for women with Rokitansky syndrome, Dr. Brännström said womb transplants could also be offered to women who have lost their womb due to diseases like cancer or complications after birth, and those who were born with deformed wombs or have adhesions or scars. Even women who have a history of repeated miscarriages with no identifiable cause could be candidates for womb transplantation, he added.

“Certainly the indications for this surgery could be wider. I have had emails from ladies with all these conditions from all over the world,” he told the Telegraph. As for the other six pregnant women in the clinical trial, Dr. Brännström says he expects “most of our patients will be able to deliver babies.” Two more women are due to give birth by the end of the year, while tens of thousands more than previously thought could be helped by procedure.

To learn more about the exciting advancement, watch the team discuss their project in the video below: 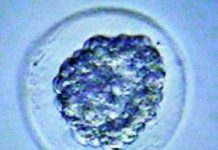