Chief Minister Katy Gallagher has called for the Abbott government to lead a national response to calls for the introduction of medical cannabis, and asked for the ACT to be part of an upcoming clinical trial in New South Wales.

Ms Gallagher wrote to federal Health Minister Peter Dutton in August, proposing the National Health and Medical Research Council support an Australia-wide clinical trial and the Therapeutic Goods Administration consider how medical cannabis could be licensed for use. 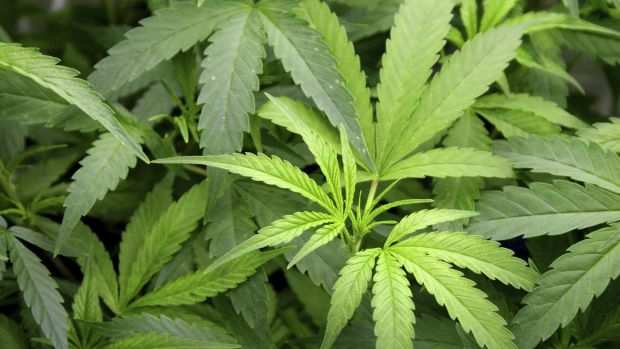 As a Legislative Assembly committee prepares to consider a bill to establish a medical cannabis scheme in the ACT, Ms Gallagher has asked New South Wales Premier Mike Baird to include a territory representative on a working group setting up a clinical trial in that state.

She said the ACT would benefit from being part of what would become a cross-border trial of cannabis to reduce pain and symptoms for the terminally ill.

Responses from both governments are expected soon and state and territory health ministers will discuss the issue at their regular meeting in Melbourne on Friday.

Ms Gallagher will attend the Council of Australian Governments meeting in Canberra with Prime Minister Tony Abbott and other state leaders.

“We are quite small to do a critical trial on our own, in terms of the catchment we would have for patients,” Ms Gallagher said. “So when NSW indicated they were looking to establish a working group … I thought there’s a real opportunity for us to do something if the Commonwealth don’t take the lead.”

The NSW working group is due to report back before the end of the year. The Victorian government is seeking to change drug laws ahead of a clinical trial and a Greens-led push could see a medical cannabis bill introduced to the federal Parliament later this month.

Acknowledging a shift in the public debate about medical cannabis around Australia in the past few months, Ms Gallagher said the results of an expanded trial could inform the Assembly committee established after Greens minister Shane Rattenbury introduced legislation to allow terminally and chronically ill Canberrans to grow cannabis and use the drug as part of their treatment.

Its report, including evidence from the public, is due to be handed to the government by June 2015.

Ms Gallagher said the Commonwealth was responsible for most regulation about health treatment and medication and her preference was for a co-ordinated national response.

Her August 5 letter also proposed a national summit of chief health officers and other decision makers to discuss medical cannabis use, seeking to reduce public health risks from unregulated supply of the drug.

“A very well organised public campaign is being conducted,” Ms Gallagher said. “I am not sure how much of it is local [to the ACT] but I think there is growing community understanding and support for people, with painful and terminal conditions, to be able to access whatever medications or treatment they need to alieviate their symptoms.”

“The anecdotal evidence is pretty loud … but when you ask where the closely monitored trials and evidence is, there isn’t a lot of that.”

In July, Ms Gallagher defended her decision to report the case of a 2½-year-old NSW girl receiving medical  cannabis to treat a rare genetic disorder.

The girl’s parents accessed cannabis oil from a Canberra-based supplier who was later raided by the Australian Federal Police.

A recent opinion poll found almost 66 per cent of Australians support the legalisation of  cannabis for medical purposes. It is used overseas to reduce pain other symptoms, including for cancer patients, and for those with genetic disorders, including multiple sclerosis.

Opposition leader and health spokesman Jeremy Hanson has previously called for an evidence-based debate on medical cannabis and called for the potential psychiatric effects and legal issues to be considered. 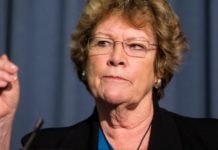